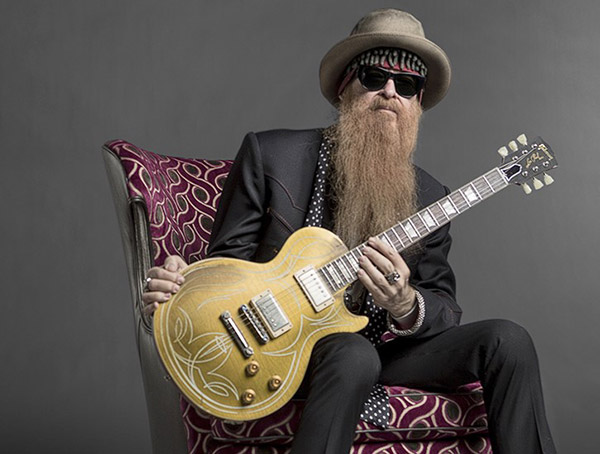 Leader of that “L’il Ol’ Band from Texas”. Primo dude of the Tres Hombres. The Reverend Willy G. BFG. William Frederick Gibbons. Bon viveur, raconteur, guitarist in ZZ Top and, simply, one of the most badass 6-stringers in rock history. Even Jimi Hendrix, who praised him back in ‘68, knew that…

Yet Gibbons has plenty of strings to his bow. He’s Dad was a concert pianist, conductor and bandleader. He’s collaborated with the late Les Paul and B.B. King, Jeff Beck, Brooks and Dunn, Queens of the Stone Age, Lou Reed and many more. He showed off his Afro-Cuban skills on 2015 solo album Perfectamundo, on which he also played B3 organ, piano, bass timbales and all sorts of Latin percussion. BFG also played a recurring TV role in the forensic drama, “Bones”, and has his own brand of hot sauce! Yep, Billy’s a unique man, even in the world in eccentric guitar legends.

Yet even when he talks rather circuitously, his words always contain a big nugget o’ wisdom. His advice for aspiring guitarists, for example? “I picked up quite a bit from B.B. King during a friendship that lasted for many years,” he said. “One of the best things he shared was, ‘I always found it handy to learn to play what I wanted to hear’.” Amen, Reverend!

If you want to get to close to the BFG sound, you need to master the John Lee Hooker “boogie” – a touchstone for Gibbons tight-but-loose rhythm guitar. If there were one word to describe his sound, it might be “greasy”. He’ll often start his lead breaks before the “one”, leading the listener into his solo. Repetition is part of the mission. He’ll repeat riffs, licks and turnarounds until they’re nagging earworms – check out Top perennial “La Grange.”

For lead breaks and licks, you’ll want to master your pentatonic blues but also pepper them liberally with a Gibbons trademark of pinched harmonics. “If you’re not using a quarter or a peso,” says Gibbons, and he does, “use a regulation triangular pick. The small edge, which is designated as the picking side, should be turned away from the instrument, so you are actually picking with the fatter side, the shoulder. It gives you a wider grip and offers that meat connection: When the pick slides off (the string), the edge of the thumb can graze that twine and make it whine.”

Gibbons may employ quite “standard” building blocks and phrases in his guitar vocab, but the way he pulls them together lead to a very individual voice.

Young Willy got his first electric “from Santa” just after he turned 13. “Gibson Melody Maker, single pickup, single cutaway, two-toned sunburst. 1962. Pin-striping extra… While the kids from my neighborhood were into the English scene, I was trying to learn licks from Little Richard, Muddy Waters and Jimmy Reed records.” There was no going back.

But if there’s just one Gibbons Gibson that’s become folklore, it’s his 1959 Les Paul Standard, whom he calls “Miss Pearly Gates. “The first time I saw a ‘Burst was seeing Eric Clapton with his famed combination of Gibson’s Les Paul and the little 18 watt Marshall. It was during his place with the Bluesbreakers. I knew I had to try out that cool combination.” 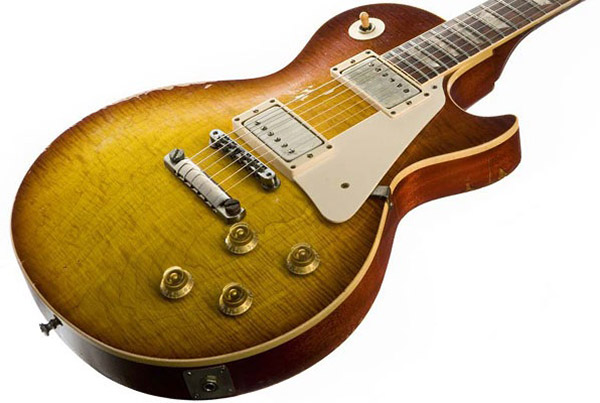 Gibbons’ yarn about acquiring Pearly when he was 18 – involving a wannabe actress called Renee Thomas, a ‘39 Packard borrowed from Billy and Co, an audition trip to Hollywood where she scored a role newly named as Pearly Gates, a $250 check for the Packard eventually funding a ‘59 Burst Billy found under a rancher’s bed! – The importance is that the LP, promptly named Pearly Gates in tribute, became a legend of its own.

“Divine, simply divine,” says Gibbons of his favorite ever guitar. “Pearly was fabricated on one of those fateful days when just everything fell into place. The wood was toneful and balanced, the right application of lacquer, and the electronics correct. Waiting in silence for years, BFG was lucky to latch onto such a find.

“Pearly is the reason for this guitar mania… I’ve played a lot of great instruments, but none could match the sound and performance of Pearly Gates. Pearly can be heard on each and every recording with ZZ Top.”

Gibson Custom built a limited run of Pearly Gates replicas in 2009, which immediately sold out: #003 of the replicas was recently re-sold by Chicago Music Exchange for $55,500.

For an eyeful of BFG’s stunning collection of guitars and cars, grab a copy of the book. “Rock + Roll Gearhead”. Other notable Gibson guitars found in the vault includes a rare, ‘50s prototype of a Gibson Moderne – this one bought off “a painter from San Antonio.” But of course!

Another favorite is his 1955 Gibson P-90 goldtop. “Another one of Gibson’s remarkable additions to the world of solidbody electric guitars. That particular goldtop is a stop-bridge with one working/rear pickup. And sometimes that’s all it takes. In this case, that guitar lends itself to interesting sounds, particularly when tuned down, down, and down some more.”

Gibbons used that as an inspiration for his on Gibson Custom Billy F Gibbons Goldtop. This Limited Run beauty has unique spec – two volume controls, one master tone, and no pickup selector! It features a unique pinstripe design created by Billy himself, which is hand-recreated one at a time.  Two Seymour Duncan Pearly Gates humbuckers bring the tone.

Gibbons latest Gibson Custom co-creation is the BGSG. Gibbons says the BGSG – a stripped back SG with a Flying V-style neck. Billy says it “came about following discovery in Paris of a mint example of the transition Les Paul produced in 1961. The feel of the instrument maintained power and balance and the sound was right. That ignited my resurgence in interest of the guitar’s glamorous appeal.” 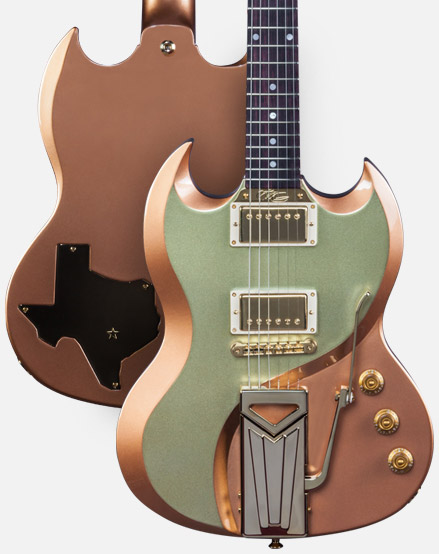 The BGSG does not have a pickup selector, opting to use separate volume knobs for each pickup, and a joint tone control. “The straight-ahead assignment of one master tone control allows a personalized blend between the twin pickups,” says Gibbons before concluding “It’s another example of Gibson’s ‘less-is-more’ greatness.” Read the BGSG story!

But underneath his huge haul of instruments – “ballpark figure? It’d probably fill a ballpark” – Gibbons knows, “It’s all got to feel right to sound right. If the instrument ‘fits,’ it becomes a positive. We’re always on the lookout for something that meets the tactile test before assessing its sonic sincerity.”

Given its bargain price and adherence to the original mixes, there’s no excuse not to go large on the ZZ Top CD boxset Complete Studio Albums 1970-1990, if you don’t already own the original records. 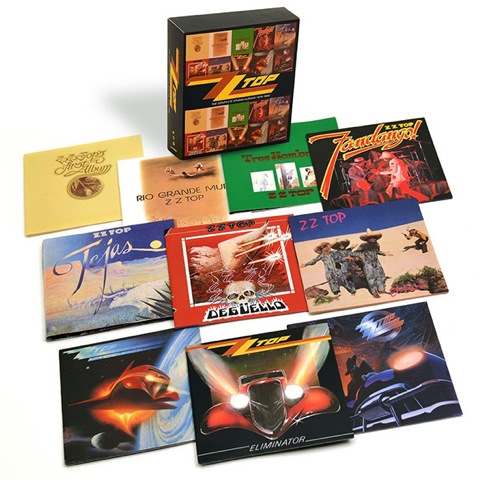 More recently, the band recently released its first proper live album, 2016’s solid, if not spectacular Live from around the World, and Gibbons’ own Perfectamundo (2015) is classy detour into Latino blues rock.

Or, take Gibbons’ advice and listen to the folks he learned from. “My personal, all-time favorite guitar solo is found on Bobby Bland’s recording of ‘Stormy Monday Blues,’ recorded by the late, great Wayne Bennett. To this day, there’s a certain passage that I’m still trying to learn to play.”

Here’s Billy on Gibson SG in the Live At Daryl’s House series – resurrecting ZZ Top’s version of Sam and Dave’s “I Thank You”. So simple, but oodles of groove. Have mercy!