Billy F Gibbons is a prominent name in the world of hot rods!

In our previous article, we showed you James Hetfield’s cool hot rod collection. But, obviously, he is not the only rock star who is obsessed with cars.

ZZ Top’s Billy F Gibbons has been into cars from an early age. Hot rods, customs, and motorcycles became his main hobby over the years. His extremely hands-on collaborations with legendary designers and builders such as Boyd Coddington, Pete Chapouris, and many others have given birth to his famous creations. Today we’re giving you a sneak peek into the Gibbons’ extensive car collection.

When it comes to automobiles, hot-roddin’ techniques are limited only to one’s imagination. That creative process brings one’s personality to a project. It’s just another way to stand out, it’s part of showmanship. That or lunacy, with the exorbitant costs…

Heavily influenced by Pete Chapouris’ the California Kid, Billy had Don Thelan’s Buffalo Motor Cars shop built him a chopped 1933 Ford in the early ’80s, that became one of his earliest custom cars. The Eliminator was featured on two of ZZ Top’s album covers and appeared in a handful of the band’s music videos. 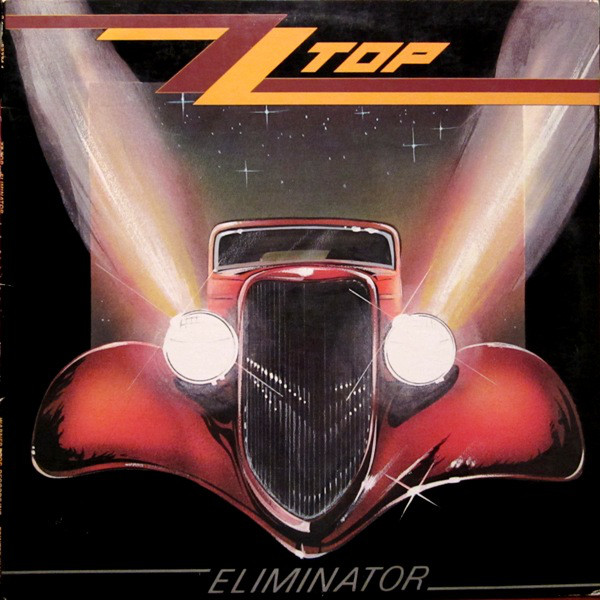 Some of the defining features of the car include a 3-inch chop, custom 3-piece hood built by Steve Davis, ’34 Ford headlights, classic ’39 Ford teardrop taillights, and of course, the iconic red paint scheme with custom “ZZ” graphics, designed by Kenny Youngblood.

After Gibbons came up with the name for this Cadillac Sedanette, he went to straight to Larry Erickson for a design proposal. CadZZilla turned out to be a mix of early post-war Cadillac design and artistic customization at the hands of Larry Erickson, Boyd Coddington, and Craig Naff. The car has a custom House of Color’s deep purple paint scheme, and a unique interior. Under the hood sits a 500ci Cadillac V8 with a custom Holley fuel injection system and headers. The vehicle looks so modern that it’s hard to believe it debuted in the ’80s.

It was heavily hammered, repowered, repainted. There’s about one square foot of original metal left. But, as the old saying goes, ‘Anyone can rebuild a car, but it takes a real man to cut one up’.

This is a three-window coupe with a cool paint job, and a screaming chrome skull on the front grille was named Mambo Coupe after a box, full of Hawaiian shirts, that was found in the trunk of the vehicle. 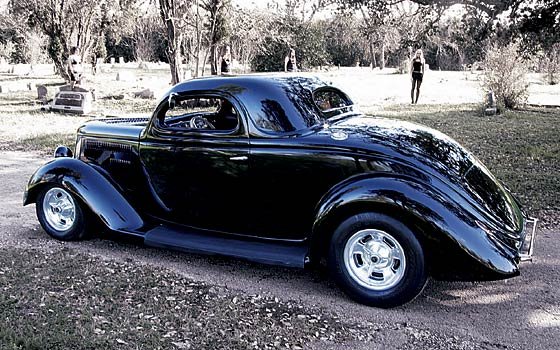 The Rudy Rodriguez ’32 Ford “highboy” roadster that’s like a go-cart on steroids which is still a blast to putt around in.’

Gibbons believes that this is the most elegant car he owns. It has an old French-built V8 flathead under the hood. 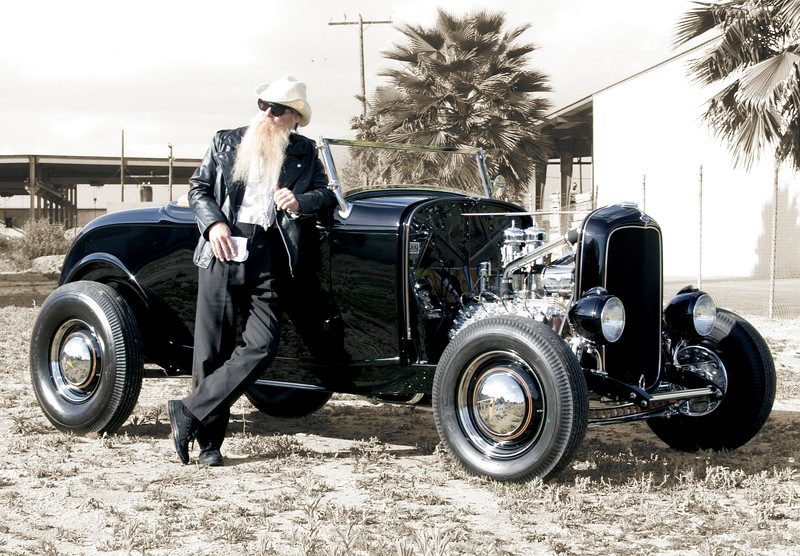 The modern air-ride suspension allows the car to be set to extremely low ground clearance. The name Slampala came from the slang term for a low clearance (‘slammed’) and the model (Impala).

It needed just a little extra something. It was parked at the hot-rod shop we do business with, the So-Cal SpeedShop. They marched forward with a cutting torch and a hammer and I said, ‘What are you doing? This is a European automobile!’ and they said, ‘Not for long!’ Sure enough, they gave the car a louvre job, cutting vents into the bonnet. “As soon as the paint dried, we were back on the street. 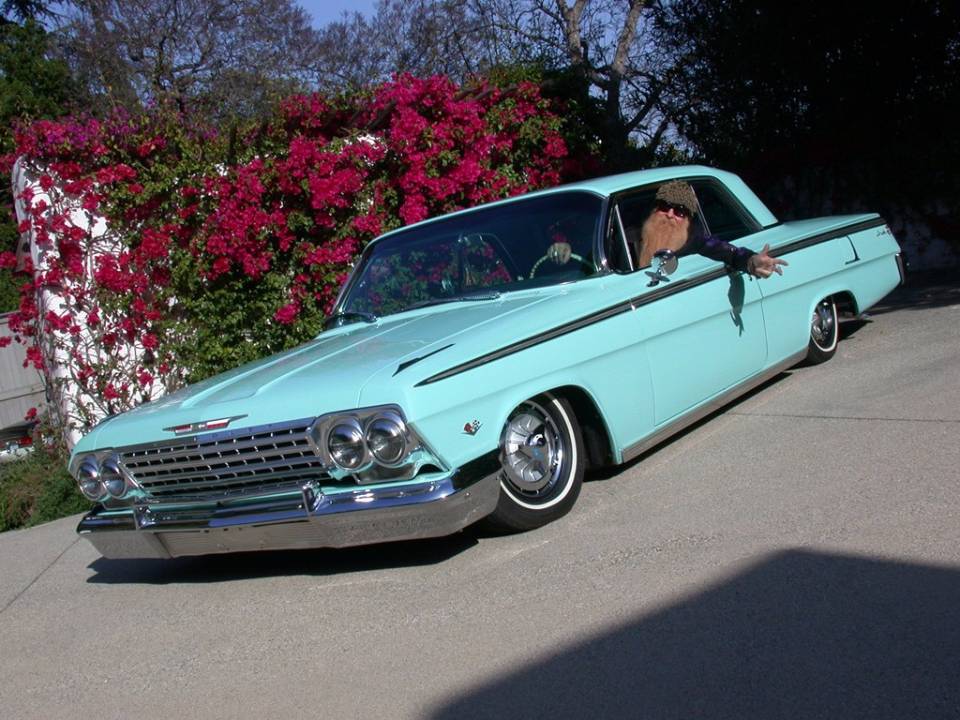 Gibbons named the car Kopperhed because of its copper and black color combination that reminded him of the rattlesnake. The vehicle is based on the ’50 five-window business coupe/sedan that has been “metamorphosed” into a three-window. The car was created by Pete Chapouris, Jim Jacobs, Mike Cardenas, John “Waddy” Crambia and Rick LeFever. 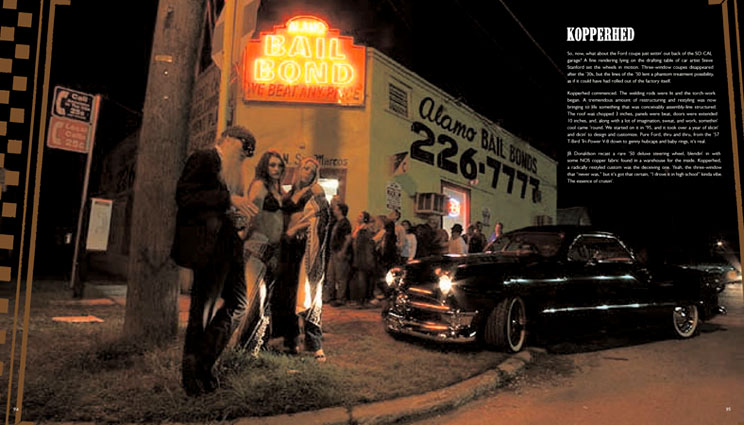 A vintage vehicle nicknamed ‘The Mexican Blackbird’ (after a ’75 ZZ Top song of the same name), was customized by the SO-CAL Speed Shop in Pomona, California, under the direction of Pete Chapouris. 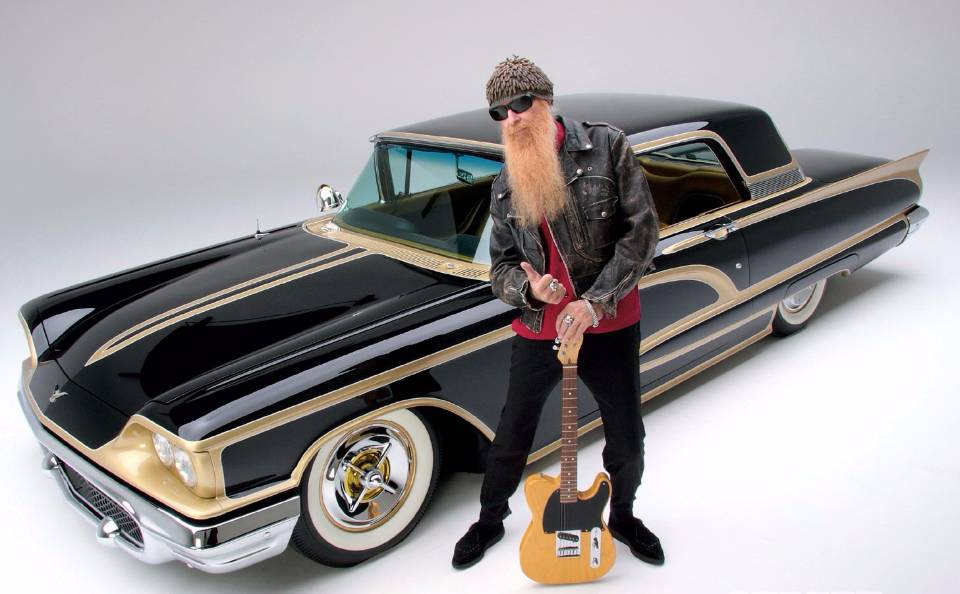 The Ford Model T was the start of the assembly line, mass-production, and Henry Ford’s fortune. This truck has the rat rod look but a custom hot rod function. It was this combination that caught Gibbons’ eye and made him need to have it. Stripped back to its basics, the Ford runs a ’53 Ford flathead engine with an S-10 transmission , 6-inch drop tube front axle, and an 8-inch Ford rearend with buggy springs and air shocks. 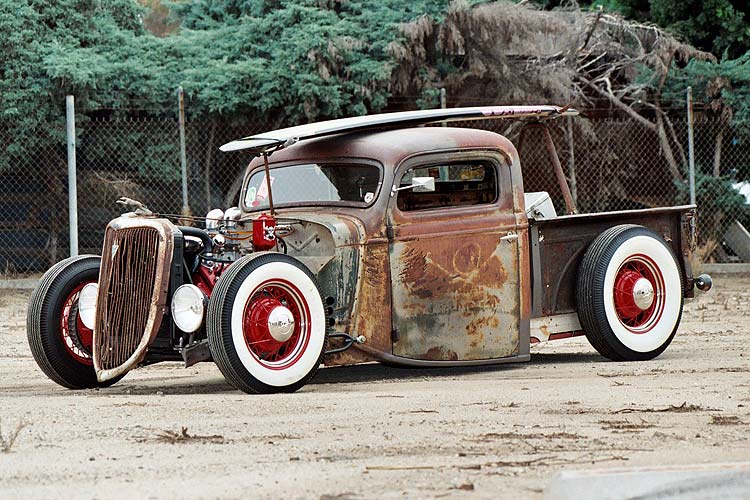 This is yet another unique ’33 Ford in Gibbons’ collection that was built by So-Cal. The most interesting feature of this car is the jagged line running from front to back and over a grille on the front fender/hood. 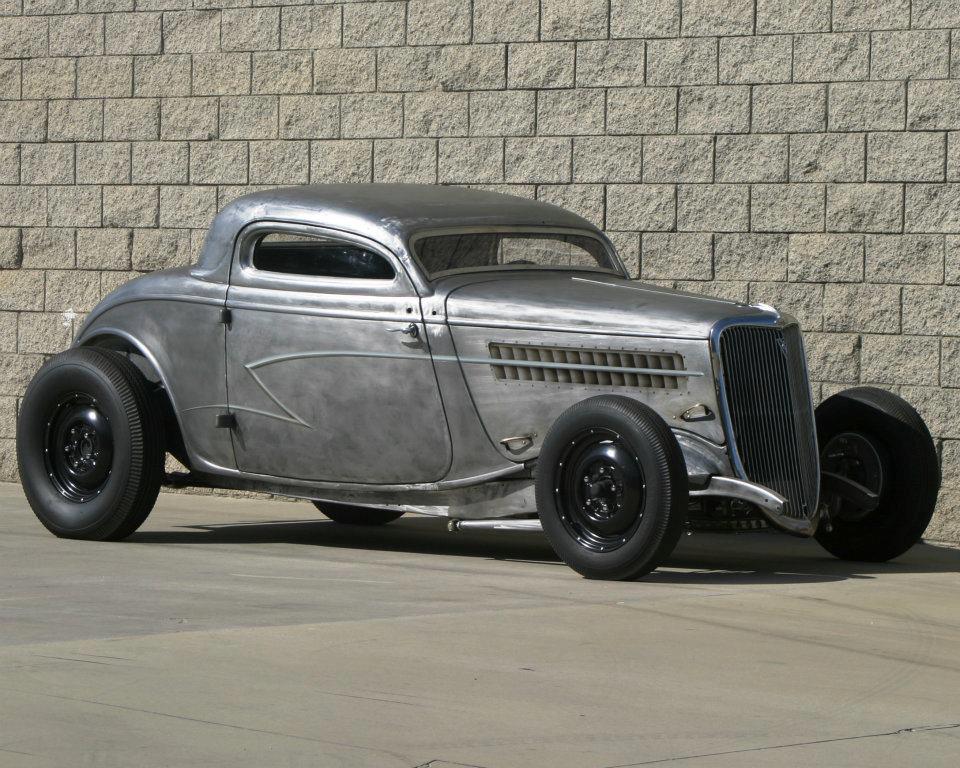 If you want to learn more about Gibbons’ collection, you can check out his book titled ‘Billy F Gibbons: Rock + Rock Gearhead,’ or watch the Discovery series called ‘Rockin’ Roadsters.‘