Very comfortable in Valais, the legendary guitarist and singer of ZZ Top took advantage of his coming to the Sierre Blues Festival to learn the art of scraping with experienced teacher the Valmontian Paul Mac Bonvin.

“He loves cheese, enjoying good wine … Every time he comes to the area, we arrange to offer him a nice thing to do,” says Bernard Moix, a graphic designer and musician from La Rochelle who became a close friend of Billy F. Gibbons over the years. Last year, when ZZ Top came to play on the Plaine Bellevue for the Sierre Blues Festival, the onlookers of the region had already been surprised to see the rock superstar walk quietly at Lake Moubra before tasting a plate of cheese and dried meat typically Valais.

Present at the Sierre Blues Festival with the group Supersonic Blues Machine, Billy F. Gibbons was able to spend a beautiful afternoon in the mountains, in a setting of a total typicity. “It was suggested to him to spend some time at the Paul Mac Bonvin mayen to eat a raclette, he came with two musicians from his band, his wife was great.” 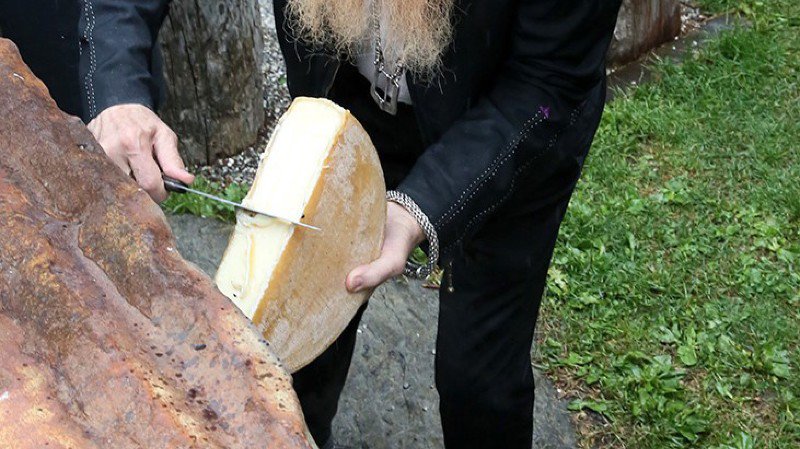 4 thoughts on “Europe: When Paul Mac Bonvin introduced Billy F. Gibbons to the joys of raclette”