The Big Bad Blues, an excellent album released in September, is the 68-year old’s hot-grease-slicked second solo record, following up his enjoyable 2015 dive into Cuban-flavored terrain with Perfectamundo. He’s never hidden his love of the blues, of course, but Gibbons uses this record to build a fiery bright altar of admiration for Muddy Waters, Bo Diddley and other trailblazing blues giants.

Before Gibbons brings his brand of blues-rock to Billy Bob’s Texas on Nov. 10, we exchanged emails to chat about his love of music, influences and being a Rock and Roll Hall of Famer. The interview has been edited for clarity and conciseness.

GuideLive: The blues is a timeless art form. For this new album, how did you approach the songs to make them feel fresh, while keeping them rooted in the blues tradition?

Billy F. Gibbons: We have untold respect for those who have come before but the reality is that there was only one Muddy Waters, only one B.B. King, only one Jimmy Reed so there’s no point in trying to mimic what they did even if we could pull that off. The blues offers an opportunity to relate to the roots of the music while, at the same time, making it one’s own. It’s most accommodating in that regard. The reality is that most everything we’ve ever done has a connection to the blues, writ large, and this album represented a chance to be quite specific in dealing with the music that made everything possible. We just got out there and did what we do while keeping those earlier cats in our heart and mind. It’s the blues, but the hope is that it sounds like Billy F. Gibbons playing the blues. I think we pretty much succeeded in achieving that goal.

In a recent interview, you spoke about the roles of originators and interpreters when it comes to the blues. Do you think people are often confused by the difference between those two roles?

Everything comes from something that came before. Muddy Waters, truly an innovator of the highest order, was hugely influenced by Robert Johnson and Charlie Patton and those guys were influenced by players whose name we don’t even know. An interpreter is just that — someone who puts his or her own skew on someone else’s work. An innovator is someone who changed the world. I’d put Muddy Waters in that category since when he journeyed from the Mississippi Delta to Chicago he, so to speak, “discovered electricity,” which is to say launched the amplified blues and that, in turn, made rock ‘n’ roll possible. Now that’s innovation!

ZZ Top and the Rolling Stones are two of the best examples of major rock bands who have always openly expressed their love and appreciation for the blues and for the many artists who have inspired them. Why is it important to you for people to understand your influences?

I can’t speak for the Stones but, in essence, that’s just who we are. We heard the blues and were profoundly affected. You can’t undo that if it hits you in your creative center. It’s just always with you thereafter and then you let it take you places you probably wouldn’t have gone. The blues is, certainly for me, a life force that we reckon with all the time, both in terms of what we’ve done heretofore and what is to come. It’s biorhythmic and it keeps us going.

ZZ Top was inducted into the Rock and Roll Hall of Fame in 2004. Radiohead, nominated in 2017 and 2018, has been vocal about its ambivalence towards the Hall. What has your induction meant to you?

That was a great night that will always be remembered. There we were being inducted with George Harrison, Prince and Bob Seger and the honors were done by Keith Richards! That’s truly the pinnacle and something I can’t imagine we’ll ever be cynical about. 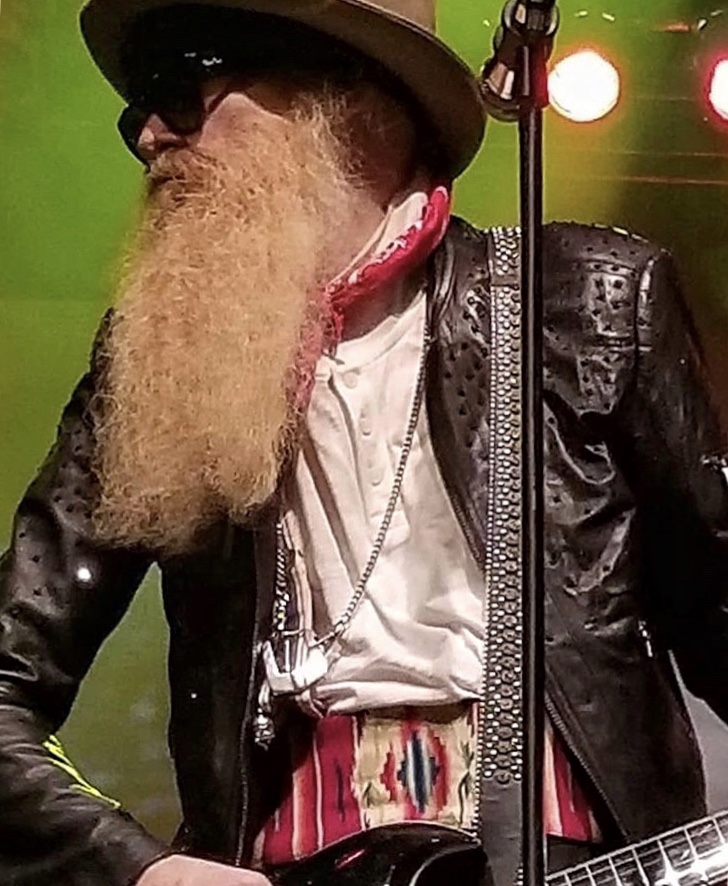