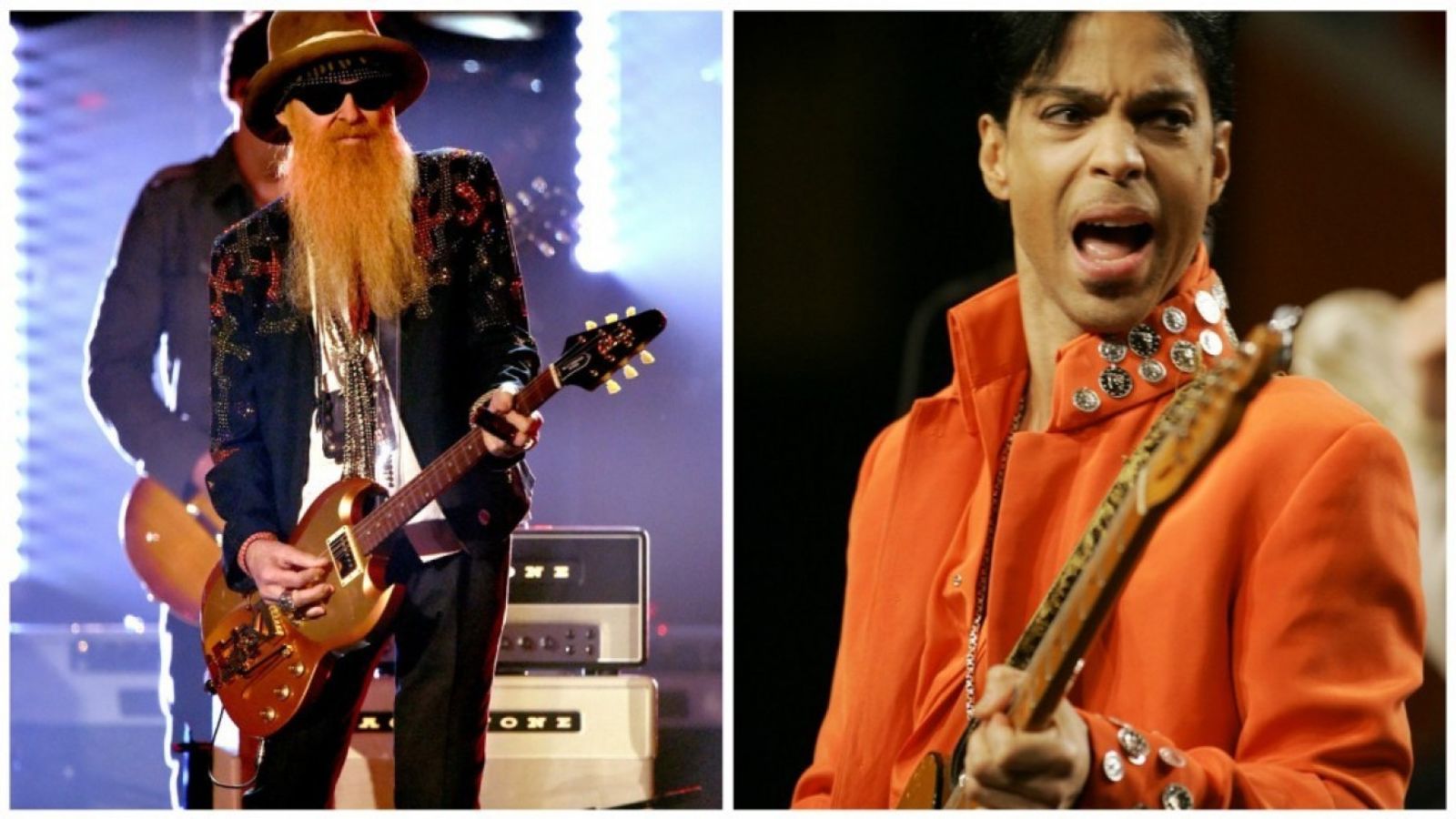 Prince’s guitar-slinging skills were no secret. Whether at the Super Bowl, stealing a Rock Hall all-star jam or on his records, he could play it all. But to hear ZZ Top’s legendary frontman Billy Gibbons tell it, Prince wasn’t just a great guitar player. He was downright otherworldly. Gibbons spoke to The Post Friday about the guitar player who could stump even him.

So much has been said about Prince but I do think it’s important to remember that his guitar playing was, I don’t know, just sensational. Tell me how you’d describe it.

Well, to borrow your word, sensational is about as close a description of Prince’s guitar playing as words might allow. I believe that the feeling one was left with, if afforded the luxury of actually seeing Prince perform … we’d be looking for other superlatives. Because it’s almost got to the point of defying description.

You had an interesting encounter with Prince.

It was following the Rock and Roll Hall of Fame 25th anniversary celebration [in 2009]. They had a two night grand hurrah at Madison Square Garden and I was invited to perform with Jeff Beck. And following that appearance, I found myself back at the hotel and I wandered off in search of some late-night grub and my favorite 24-hour joint was shut down for unknown reasons. I tiptoed across the street to the Tiger Bar. I was just standing at the front and I was approached by a rather large gentleman and he said, ‘You’re wanted at the corner table.’ And there was Prince sitting all by his lonesome. And I gave him a brief tip of the hat and sat down and said, ‘Hey man, it’s so good to see you.’ He said, ‘It’s so good to see you. Let’s talk about guitar playing.’ I said, ‘Why not?’ And in the next two hours we really dove into the depth of his intent, interest and focus toward technique and tone. I left that evening even more mesmerized than I’d previously been, just knowing the sincerity that Prince kept toward his playing, his performing and his all-around showmanship.

You’re a little bit older, you come from Texas and I’d imagine you first learned about Prince in the early ’80s, when you were both MTV stars.

As you may remember, he began bubbling up without a lot of advance fanfare. There was just this vague knowledge of this new guy on the scene called Prince. And then, of course, we all got our world rocked when “Purple Rain” showed up at the theaters. Even today, I’m struggling to try and emulate that guitar introduction to “When Doves Cry.” It’s just a testament to his extraordinary technique.

Wait. When you say emulate — you mean you try to play it and you can’t?

I continually come back to attempting to piece together each and every one of those segments. And it’s very short. It’s not an extended solo by any means. But the way it is delivered. There’s certainly no way to write it. You’ve just got to dive in and feel it to see if you could come close. This might be a little off the subject, but just this morning, Andy Langer sent me a link to Prince on YouTube performing “Honky Tonk Woman.” I had never seen it. I don’t know if there’s a fixed date that could be attached to it. I would encourage you to check it out. Here, within the four minute time span, you really get a sense of urgency that was behind his dedication to playing.

Yes, three. That’s a very particular word. Prince is somebody we always thought of as flash, beautiful, almost touched by something otherworldly. But when I hear the word technique, I think of practice, intellect, study.

Yes, and we can only surmise that there were a great number of hours in private where he was developing ways to approach the guitar that ultimately led to his prowess over the instrument. I bring this up over the years. My friendship with Prince was made known. There was hardly a day that went by if Prince’s name came up in the conversation, little did they give credit to his guitar playing. It was more about the flash. The showiness. There are a few repeatable examples that were fortunately caught on film or record that will settle the score once and for all. When I sat down with Prince that fateful evening in Manhattan, he was really touched by the fact that I knew quite a bit of his guitar playing … It was so funny because there was a legion of Brazilian carnival dancers that had invaded the club and they had taken over the bar. They were dancing on the bar … this was all going on in the background. Prince was unfettered. He just wanted to talk about playing.

I wonder if because he had so much style, whether he ever felt that his playing was overshadowed.

Oh yeah. In fact, that entered the conversation. He asked me, ‘Does your beard get in the way like some of my costumes?’ And I was stunned momentarily and I thought about it and said, ‘You know, perhaps so.’ But then he grabbed my arm and said, ‘Don’t get me wrong, I’m okay with it.’

Last thing. That night, two hours of guitar talk. Is there anything specifically you remember telling him or him telling you about basically how to play?

I don’t know about anything that specific. I was quite flattered that he knew specific song titles that had a specific guitar sound. He said, I’ve really enjoyed some of the work that showed up on that monster hit of yours, “Eliminator,” the sound of “Gimme All Your Lovin’” He went on to cite a number of titles. I said, ‘Okay, I could give you some amplifier settings, I could give you some guitar strings.’ I said, ‘Why don’t you tell me about ‘When Doves Cry’? He just smiled. ‘That one gets me too.’

I didn’t know how to take that. Was he was suggesting he stumbled upon it by accident or he didn’t have words to describe it? I’m just happy to know that he took it as a compliment.