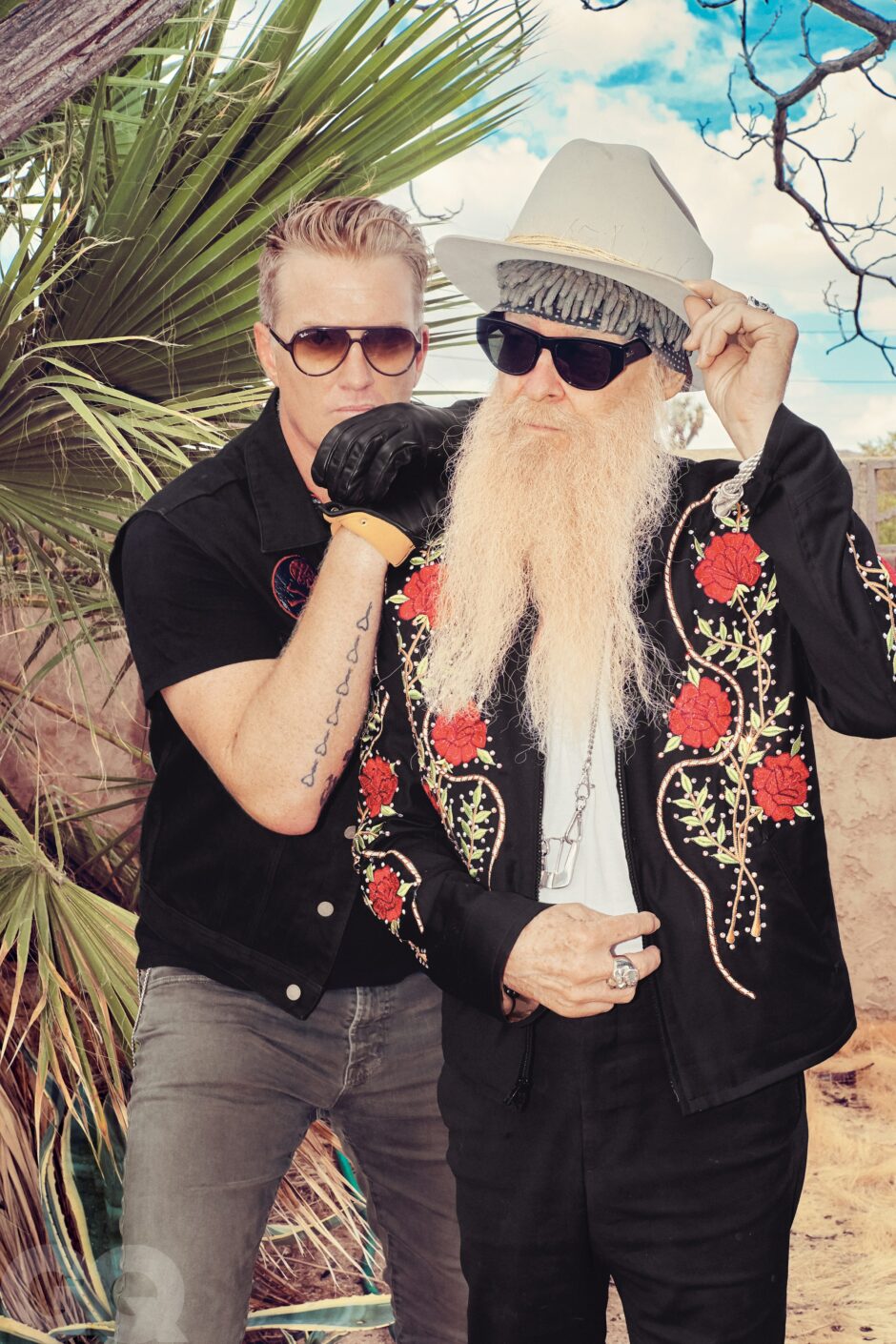 Every Blue Moon, Josh Homme and a few of planet earth’s remaining rock & rollers descend upon Joshua Tree for the Desert Sessions and emerge with an album a week later. Introducing the latest iteration of one of the coolest enduring projects in music.

On the patio outside the Rancho de la Luna studio in Joshua Tree, Josh Homme identifies the creature glaring at us from a nearby tree and explains that, pretty as he may be, the roadrunner is a tough old bird, able to subsist on a Mojave buffet of snakes and scorpions. “That’s a gutsy meal,” notes Homme with admiration.

Southern California’s high desert is famously inhospitable to soft forms of life, but the hardy and the resourceful can thrive here. It makes sense, in a way, that this refuge for outliers and margin dwellers would also become the hideout for a certain endangered strain of rock-and-roll swagger, whose presence and influence on the coasts has lately been outshone by other genres of expression. “We come out here and nobody knows we’re out here—it don’t matter,” says Homme. Since the late ’90s, Homme, himself a native of the region, has been returning to Rancho de la Luna to convene the Desert Sessions, an ongoing project initially conceived as a makeshift laboratory for creative collaboration when he was between bands. Each installment attracts a fresh cast of players—veterans include PJ Harvey and Dean Ween as well as several of Homme’s Queens of the Stone Age bandmates—for a week or so of communal living in the desert, with the objective of writing and recording an album on the fly. 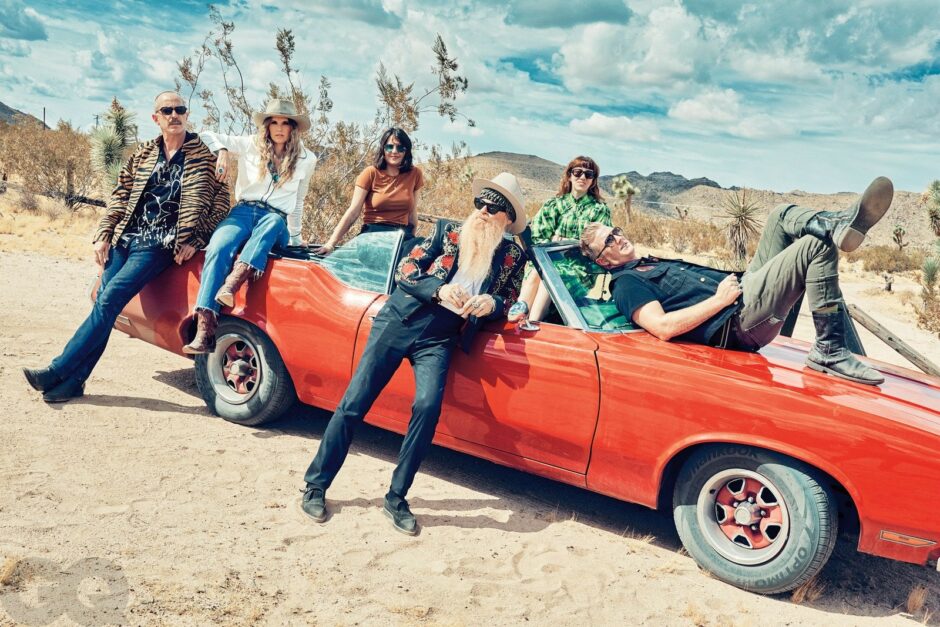 After a 16-year hiatus, the Desert Sessions are back for Vols. 11 & 12 (which came out in October), and true to his stated ambition of putting together a group that “looks odd on paper,” this go-round Homme enlisted a compellingly daft lineup of friends: ZZ Top frontman and living guitar legend Billy Gibbons, along with Carla Azar of Autolux, British actor and musician Matt Berry, bass god and producer Les Claypool, singer-songwriter Libby Grace, Royal Blood’s Mike Kerr, Warpaint drummer Stella Mozgawa, Jake Shears from Scissor Sisters, and notorious guitar polygamist Matt Sweeney (Bonnie “Prince” Billy, Iggy Pop, Adele, et al.). “If you play music, you’re interested in the inner workings of these other gangs of people,” Homme says of the project’s origins. “I was looking for a way to keep playing without having a band and have it be kind of genre-less.”

By design (ambitious goal, limited time, close quarters), the encounter encourages participants to quickly shed their self-protective habits and make themselves available—and valuable—to the collaborative process, and if this all sounds a bit therapeutic, sure, that can be part of it too. Depending on what an artist is looking for, the Sessions offer a varied menu of possible services: spiritual rehab for the creatively burned out, an under-the-hood look at how other people work, a chance to see old friends and make new acquaintances, an à la carte opportunity to generate something together in one brief energetic blast and then leave it all on the field. Homme points out that the stakes are low—if the record is terrible, it’s not your fault, and if it works, you were a part of it—and maintains that the result is almost secondary to the Sessions themselves: “Releasing it is a great word. That’s what you do: Frisbee it into the darkness.” 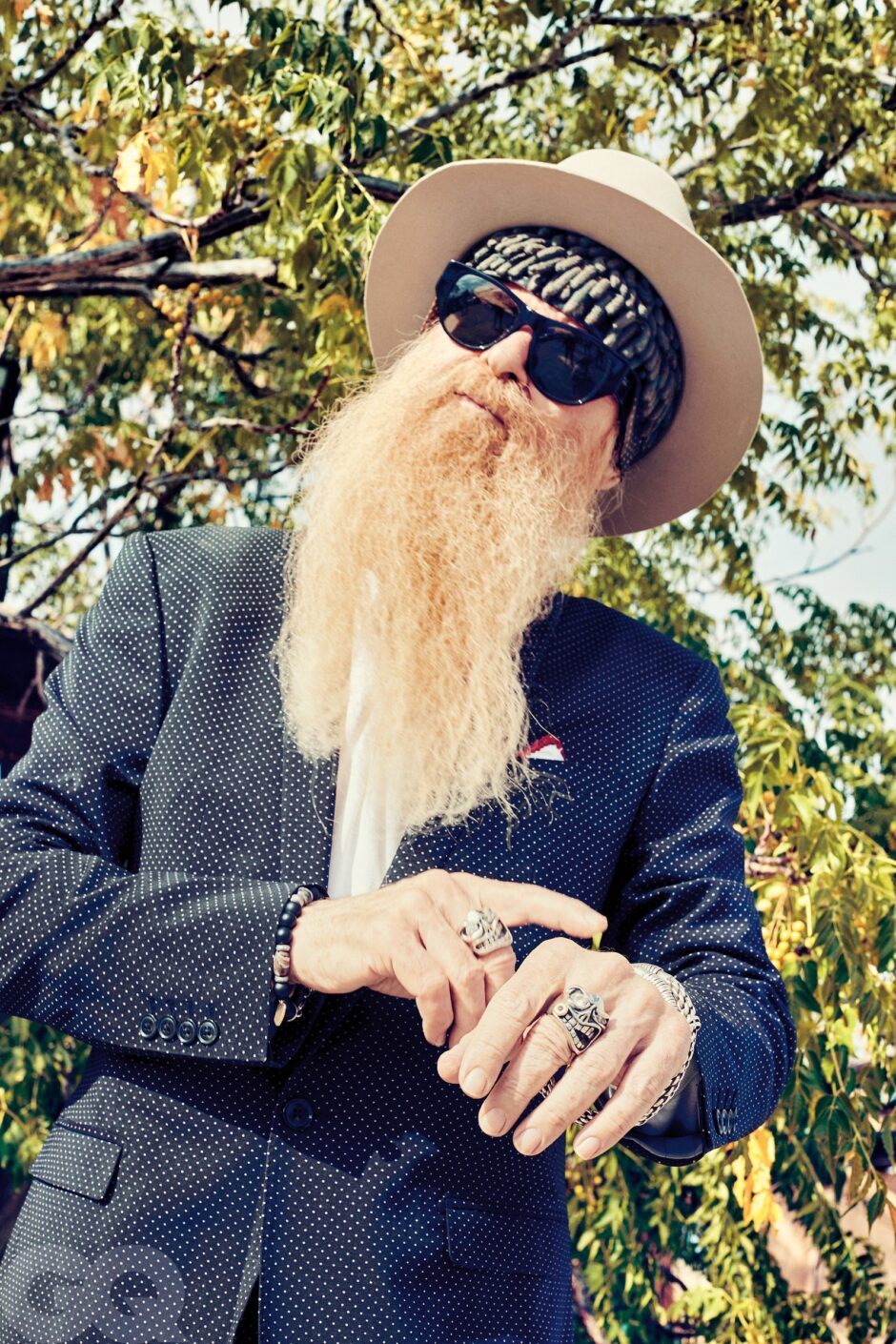 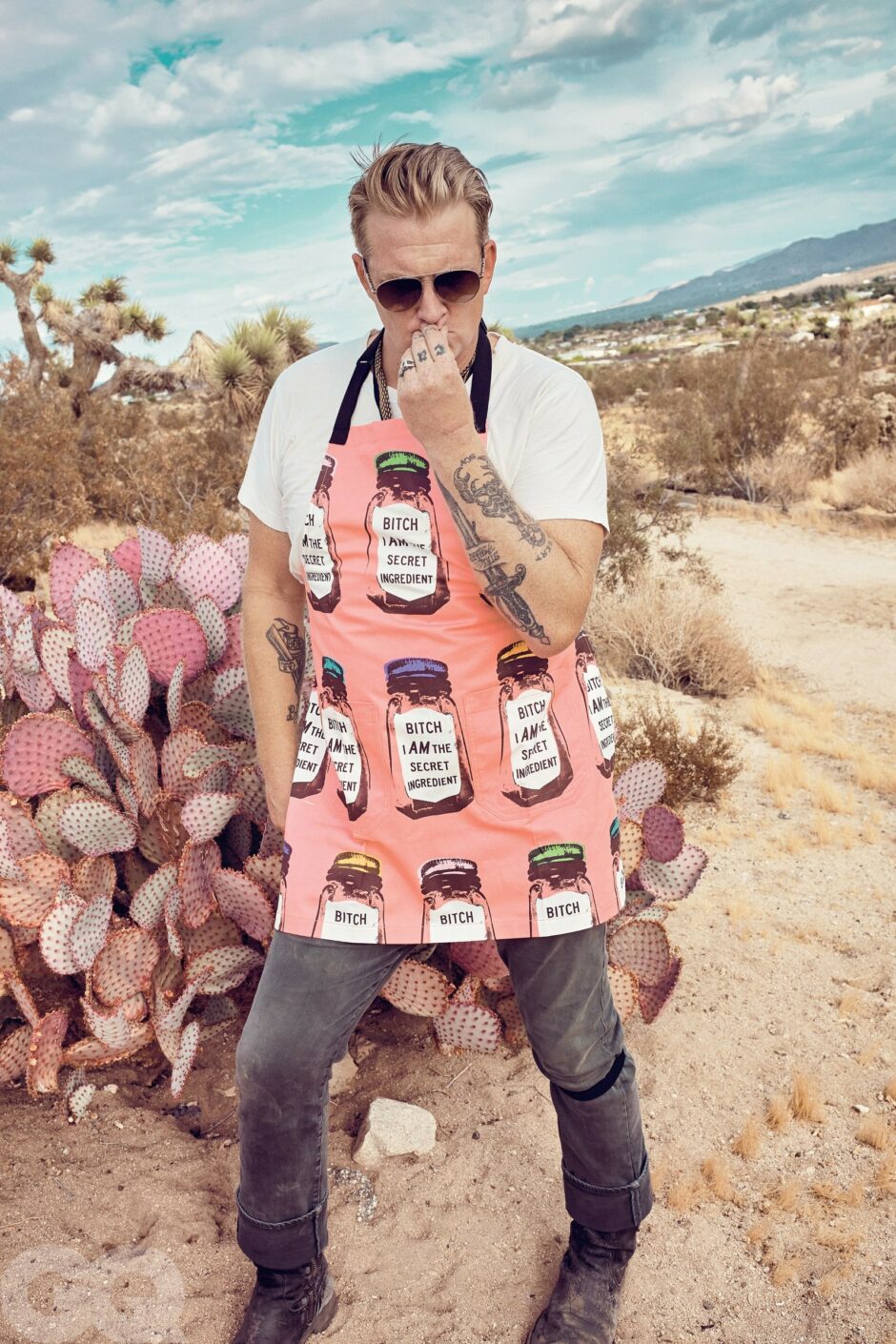 “Josh was pretty clear and detailed about the spirit and philosophy behind the Desert Sessions when he invited me,” says Mozgawa. “[He said] basically, every musician we know is at a different caliber of success, whether it’s personal or monetary or whatever, but the thing that binds everyone is we all want to get back to that place of playing in the garage with our friends for the sake of making music.” 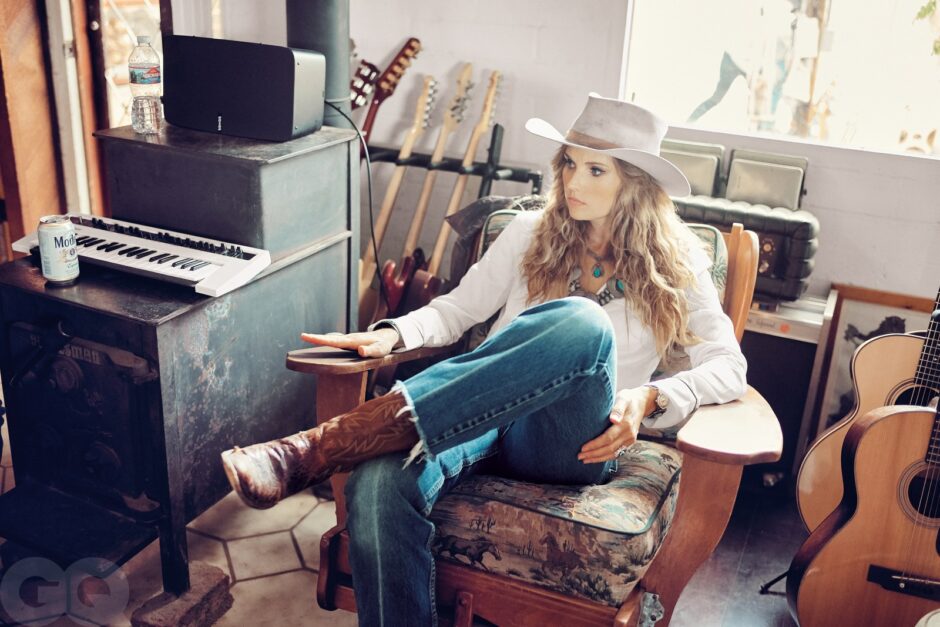 Rancho de la Luna, part of a sprawling compound of outbuildings at the end of a dirt road, is a place you’ll find only if you’re looking for it. On the property, studio owner (and Desert Sessions vet) Dave Catching has established an enchanted zone of digressive, maximalist entropy: cacti and bleached cinder blocks, Christmas lights strewn haphazardly in the chinaberry trees, sculptures fashioned from metal and tin cans rusting in the courtyard. Inside the studio is a blitz of gear, art, ashtrays, stained glass, and books (sample title: Beyond Reason: Art and Psychosis). While in residence, musicians sleep on-site and eat meals communally. “Ideas come in the walk for meals, when you’re not playing—I think the French call it staircase logic, where you’re leaving and you think of the answer when you’re going down the stairs,” says Homme. “And [at] most studios, you don’t take a break to watch the sunset. Or if it rains, go outside and quietly smell the air for a while. I think what it does is it declutters your mind, so all that’s left is a little emptiness, which is where all of a sudden ideas pop out—when they have the room.” 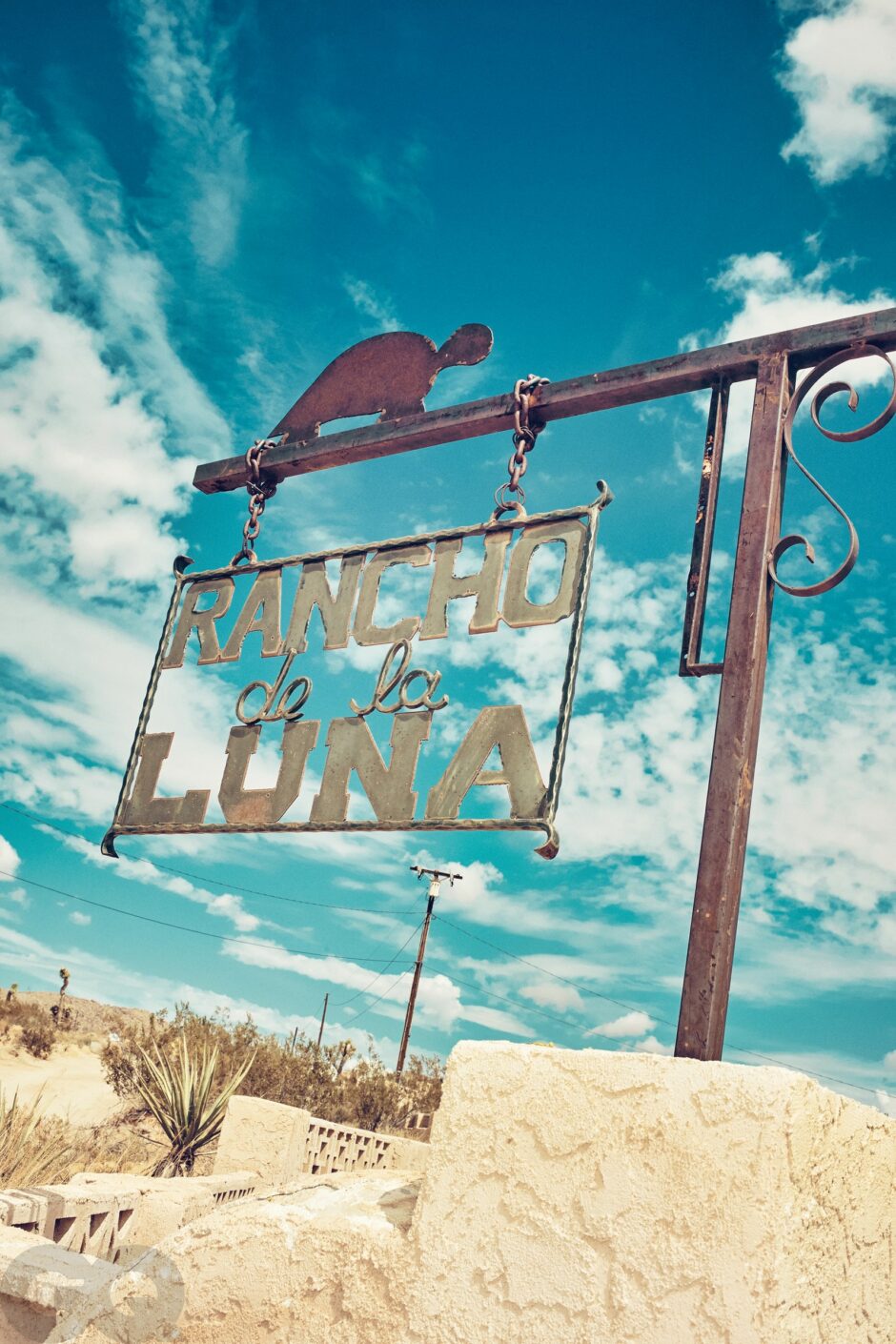 Outside on the patio, Billy Gibbons emerges from a dark doorway, squinting against the sun’s glare—a groovy, cosmically charming Texas Gandalf in a black suit and beanie, fingers laden with hardware.

“Doing okay,” Gibbons replies. “Went to sleep at 6 a.m. I opened up the computer, and this page led to this one.… I looked at the clock, I was like, Damn, I better…” He places an order for a Starbucks latte with 10 stevias and takes a seat.

Image may contain Banister Handrail Animal Bird Outdoors Nature Human and Person
“May I tell you you’re a handsome devil, though?” says Homme.

Gibbons laughs. “Sleepless but handsome.” He summons something on his phone. “I took a nice desert shot early this morning out the back window. It looks all red.” He displays the landscape: hills in the background, a can of Modelo in the foreground.

Homme and Gibbons have known each other for years, and soon launch into the story about writing “Move Together,” one of eight songs on the album. Rummaging through the studio gear one day, Homme discovered a mysterious box. Instinctively, he went in search of Gibbons, who was (picture it) outside, surveying the horizon.

“Well, he didn’t know what it was, and I certainly didn’t know what it was,” recalls Gibbons of the box, which turned out to be a crippled old looper. “And he managed to turn it on. Wherever it had been left sitting, it was making a very appealing and rather magnetic sound. We looked at each other and we knew: Don’t touch it, it’s gonna work.” Within five minutes, he says, they had the skeleton of the song.

“There’s really great comfort when you’re surrounded by those that you trust. What you don’t trust is where you’ve never gone before,” says Gibbons. “We didn’t rehearse it. We just kind of aimed it.”

So it goes in the desert, where synergy provides when the muse refuses. Generally, though, session days follow a loose structure. “Maybe someone would be here first, making sound, and people would just naturally come in. Some people had a song idea already started, we would all contribute ideas. It was very free,” says Carla Azar. “Josh welcomed everybody’s input on any instrument.… Even though he is in control because it’s his thing, he got musicians he wanted to play with and just let everybody figure things out.”

You can assemble all the talented people you want and still not guarantee chemistry, but according to Azar, the group struck an easy rhythm. “It didn’t feel foreign at all—that was the strangest thing,” she says. “I stopped at one point and said, ‘God, I can’t believe we’ve never played together. It feels like we have always played together.’ ”

The high-vibrational tug of the desert—Gibbons has been visiting since he was a kid, and Mozgawa likes it so much she recently bought a house here—has long attracted artists. The space and quiet allow the tightly coiled urban mind to soften and unfurl. But maybe don’t get too comfortable out here: As frequent visitors know, the lunar loveliness of this place is not without menace. “I’ve come out here enough that I know what it feels like,” says Matt Sweeney, lounging on a deck chair with a guitar in the far reaches of the courtyard, “and it’s nice to have that inside your brain, a sense of space and a sense of utter meaninglessness. That you ain’t shit, that you could just go out there”—he indicates the hills beyond with a wave—“and be completely screwed, ants eating you.” 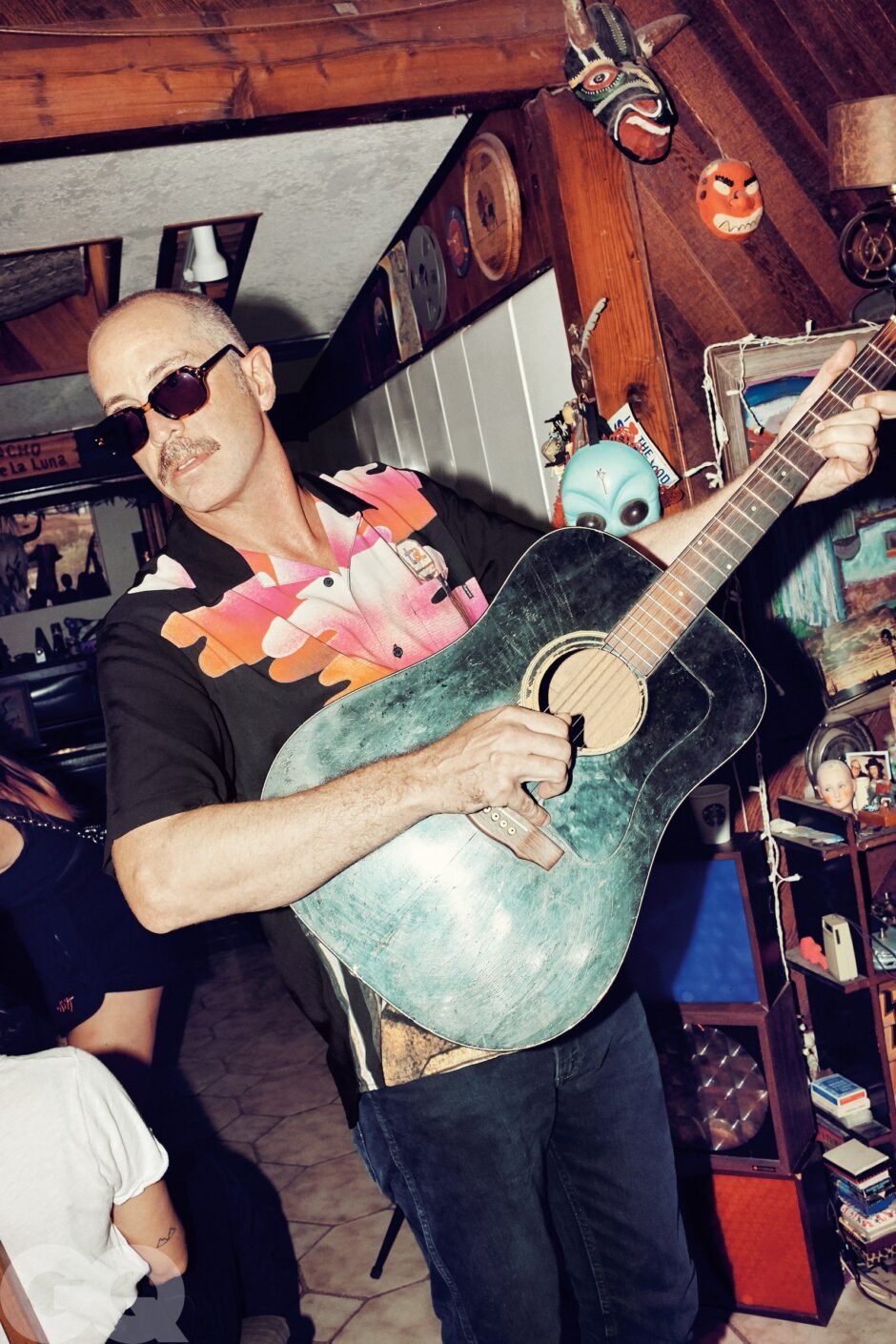 “I was falling asleep last night, it was beautiful and all that stuff, and then I heard from the highway, just because sound being what it is here, this crystal clear, ‘You motherfucker! You piece of shit!’ clear as a bell. I run, and I’ll run past houses that are out there and I swear to God I heard a pig squealing like it was about to be slaughtered inside of somebody’s house. Just like, No, dude! It is not chill, at all, out here. It doesn’t want us here. That ‘the universe will provide’ fucking bullshit? Come out here and see how friendly the universe is.”

Another longtime pal of Homme’s (“I’ve known the fool since before Queens of the Stone Age”), Sweeney says that the project’s fleetness was an asset, since you can’t afford to be fussy or precious when moving so quickly. “There’s an excitement, because there’s no lag time of living with the thing,” he says. “From needing to do it, to doing it, to recording it is all one continuous thing.”

For every installment, Homme likes to invite someone from outside the orbit of what Mozgawa calls “the hamster wheel” of recording and touring and promoting as a professional musician. This time he encouraged Libby Grace, a family friend, to take a break from full-time mom duties and give it a shot. Grace has been playing guitar and writing songs since she was a kid but has always been put off by the idea of public performance. The laid-back process of the Sessions, and working with people she already knew socially, made it a gentle baptism.

“What it did for me, ’cause it’s so different from what my life is, is that it showed me another version of myself that exists that I need to feed,” says Grace. “That it can exist, and so can mom and so can wife.”

Homme, whose plans for the Sessions are ongoing and open-ended going into the future, points out that the benefit is mutual: “The Les Claypools and Carlas and Billys and mes get to see that wonder, which is, ‘Do you remember why you started playing? She does.’ ”

“If you are lucky enough to do this for a living, you have to be careful so you don’t turn into a bitter old crank,” adds Homme. “Somehow that happens as time goes on. But this is a great reminder of what it should be, what it could be.” 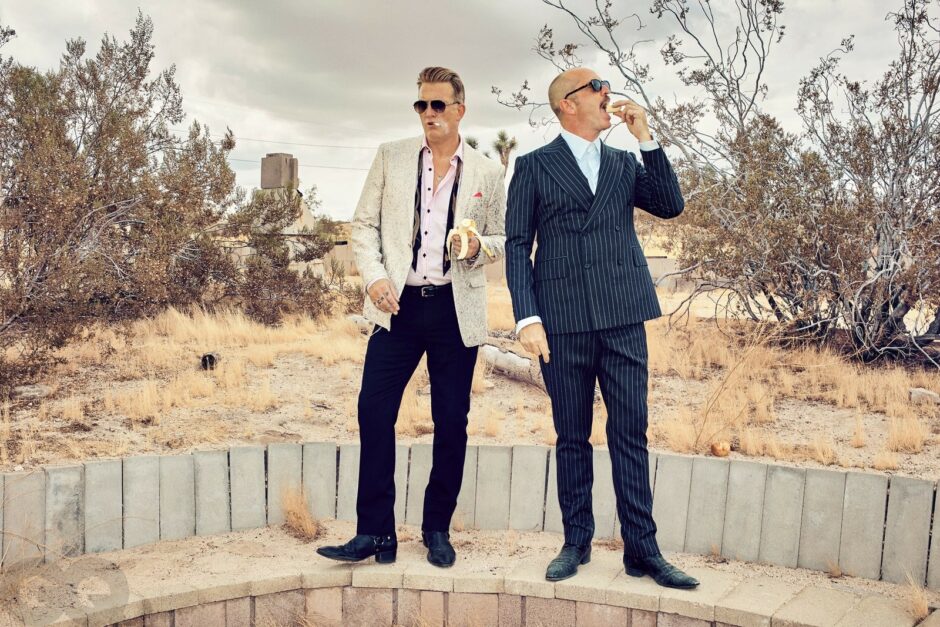 Caroline McCloskey is a writer living in Los Angeles. She wrote the June cover story on Seth Rogen and the October profile of DJ Harvey.

A version of this story originally appeared in the February 2020 issue with the title “The Last Stand of the Great Rock & Roll MotherF*ckers.”

2 thoughts on “GQ: The Last Stand of the Great Rock & Roll Mother*ckers”