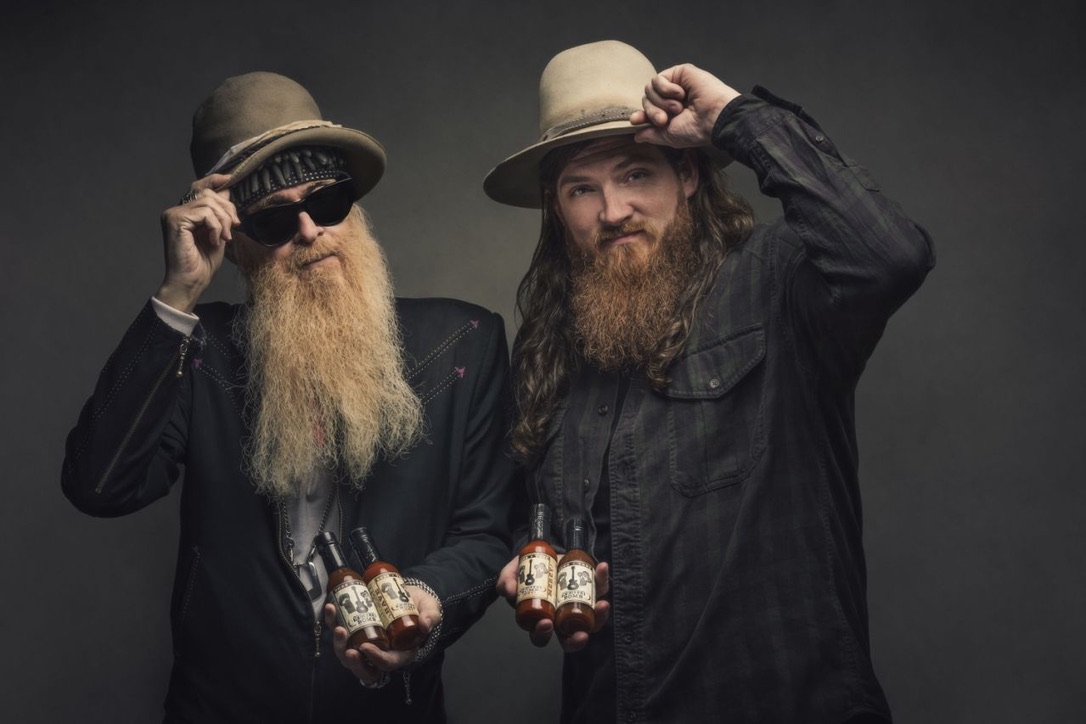 Back in March, we spoke to Offspring frontman Dexter Holland about his new Gringo Bandito hot sauce — a passion project and the result of two years of tinkering before falling on what he described as the “magic recipe.”

But Holland isn’t the only musician on the hot sauce train. Indeed, ZZ Top man and boogie rock veteran Billy Gibbons has joined forces with songwriting pal Tim Montana (of Tim Montana and the Shrednecks) to make their own pepper sauce public. The appropriately named Whisker Bomb came about when they discovered a mutual affinity for making their own sauce in studio kitchens.

“We were in the recording studio scribbling down what we thought was our next best stab at a new song, and during the upcoming break we tiptoed out and I found our mutual endeavors in the recording studio commissary,” Gibbons says. “We were standing at the kitchen sink, and we found that we were both peeling the onions (to use a phrase) on a couple of recipes. I said, ‘What are you creating there?’ And he said, ‘I’m gonna make some hot sauce for later in the afternoon.’ I said, ‘Well that’s what I’m doing.’ Long story longer, we put our heads together and landed on what we thought was a rather tasty concoction.”

“Tasty” is right. Whisker Bomb comes in two varieties: original and a “Have Mercy!” extra hot version. But both are more than pure heat. There’s a smokey tang that rises above the fire. Sure, “Have Mercy!” will kick your butt a little, but not at the expense of the flavor.

“Yeah we like a little attention-getting elements within the recipe, but let’s talk about something that could be used morning, noon and night,” Gibbons says. “I think this is something that goes good with flavor-addicts. There are chili-heads out there who will come to the table with a challenge. But our presentation puts flavor along with heat.”

Once they had their recipe down, they had to figure out a way to mass produce it. Two renowned songwriters don’t really have the time to stand over the sink with a funnel for hours and hours.

“We found a couple of like-minded guys down in Louisiana that have a rather remarkable production facility, making just that — hot sauce,” Gibbons says. “When I say hot sauce, let me be clear — this Whisker Bomb original flavor has enough ingredients to get your attention but it’s not going to lay you on the floor as much as the flavor takes precedent. I’m probably speaking out of term, but we’ve all been down the road of the challenge — who’s gonna consume the hottest? Who’s going to step over the line? So we pulled back and, and our front is, yeah you need to get your butt kicked a little but but let’s talk about the flavor.”

The ZZ Top man says that he likes to put half-original, half-extra hot on his own food.

“Have Mercy! will kick your butt, there’s no doubt about it,” he says. “The original is flavorful, and there may be someone who wants to meet us halfway so that may be the next move. As singers and songwriters, we enjoy the brief break of stepping out of the recording room and you’ve got tortilla chips, scrambled eggs, anything you want, with a little extra sprinkling of some interest into the afternoon break. So this is something very new for us, and at the same time it’s no secret that Billy S. Gibbons from ZZ Top and Tim Montana from Tim Montana and the Shrednecks, we’re known for writing songs are ready to heat it up so why not bolster it with the sauce.”

On the subject of Dexter Holland also having a hot sauce on the shelves, Gibbons says that the interest is inevitable.

“There was a turn of events that pushed ketchup aside and lo and behold, it was the myriad of presentations called hot sauce,” he says. “It could be picante, it could be pepper sauce — I think the range is nearly unfathomable these days.”

Gibbons says that he carries the sauce around with him to give his grub a boost when needed, and he half-jokingly talks up the idea of a leather bandolero for holding it. Meanwhile, he has ideas for more Whisker Bomb products.

“Along with the delivery of hot sauce, there’s also a call for getting into the barbecue realm,” Gibbons says. “You’ve got a powder rub, which is probably just around the corner. Tim and I are still working on songs — that takes most of our time, but why not go into dragging out the grill, putting on the meat with a little spicy Whisker Bomb rub? That’s around the corner.”

Between the music and Whisker Bomb, there’s plenty more to come from Gibbons and Montana then.

“We’re working out of a scant 24 hours,” Gibbons says in conclusion. “The challenge is to stay engaged, make good songs, make good hot sauce, and that’s the recipe for a good afternoon and a good next day.” 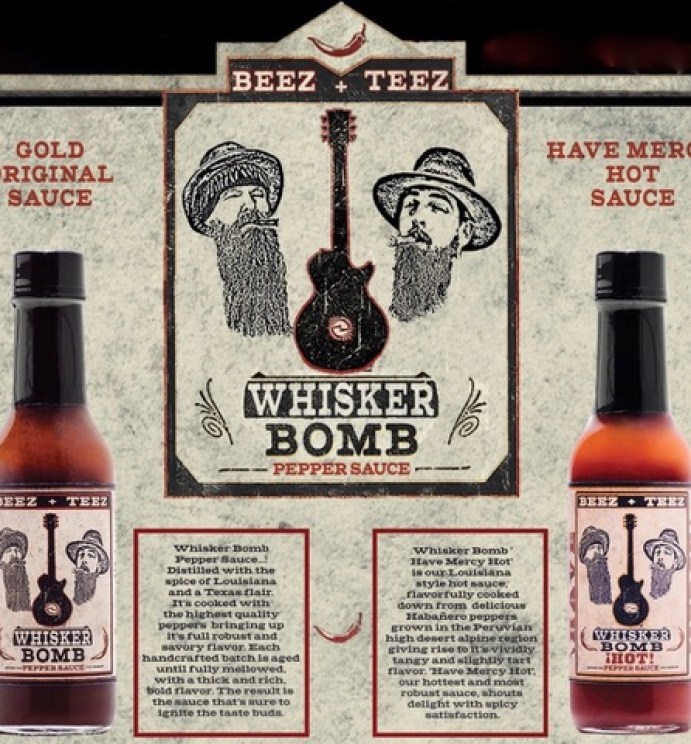