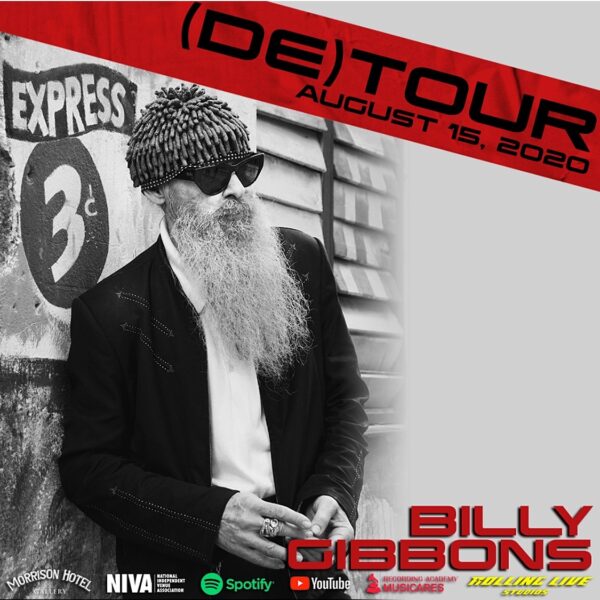 A star-studded virtual music festival called (De)Tour, which will raise money to aid artists, crew members and independent venues and promoters affected by the COVID-19 pandemic, will take place this Saturday, August 15.

The festival, which is being co-presented by Morrison Hotel Gallery, will feature artists performing from their homes, as well as from the stages of various famous — and mostly empty — venues around the U.S., including The Bowery Electric in New York City, and the famous Sunset Strip clubs The Whisky a Go Go, The Roxy Theatre and The Viper Room in West Hollywood, California.

The event, which will be co-hosted by MTV personality Matt Pinfield, also will include appearances by famous rock photographers including Mick Rock, Bob Gruen, Henry Diltz, Danny Clinch, and Lynn Goldsmith.

While admission to the streaming festival is free, donations will be accepted in real time via YouTube Live and Facebook Live, with all proceeds to be split between MusiCares and the National Independent Venue Association, or NIVA. The event’s co-sponsor, Spotify, through its COVID-19 Music Relief project, will match donations up to a total of $10 million.

Meanwhile, a special VIP Fundraiser Experience offering exclusive merchandise and a backstage Zoom meet-and-greet session will be available via NoCapshows.com.

Visit RollingLiveStudios.com for more information about the event.