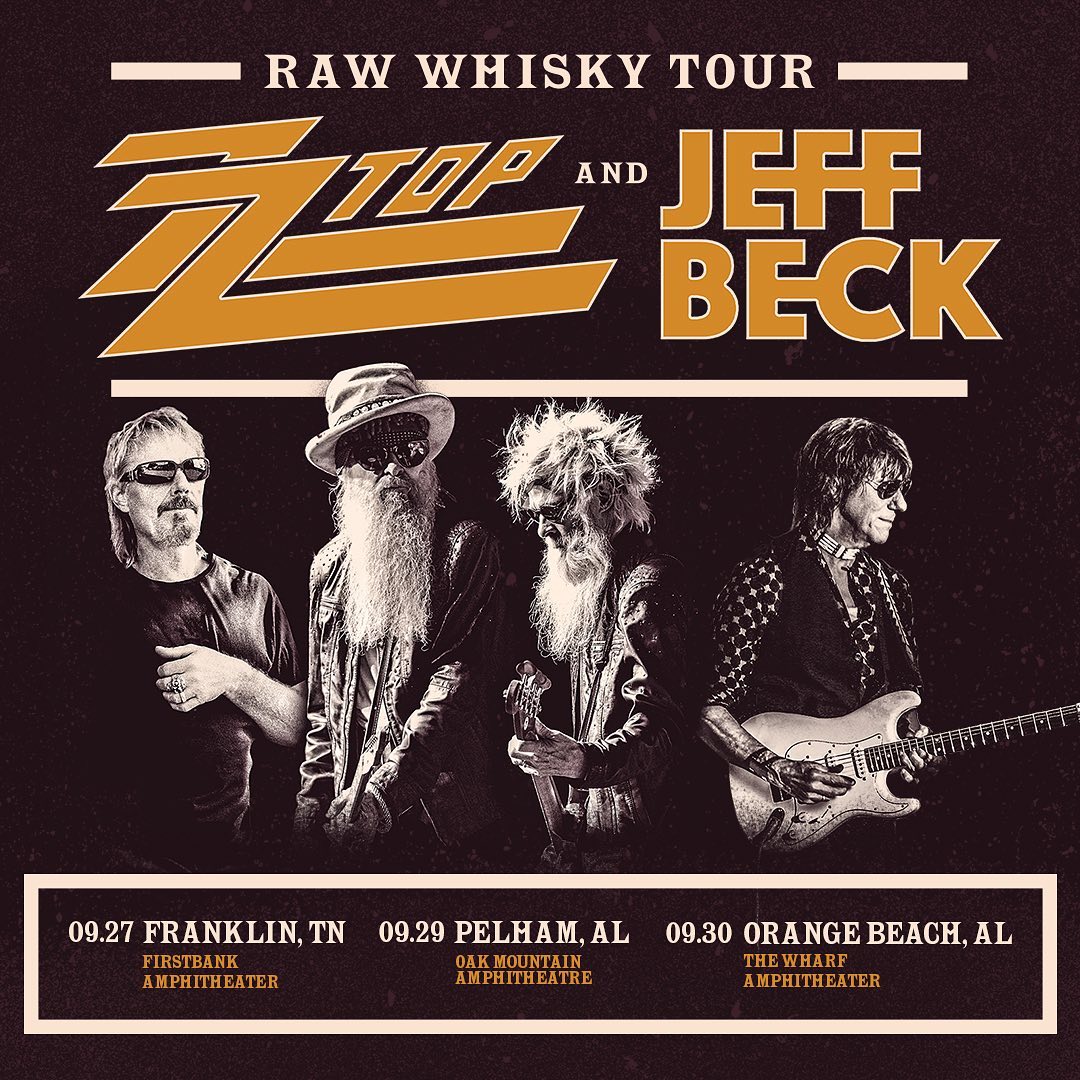 The new concerts are scheduled for September 27 in Franklin, Tennessee; September 29 in Pelham, Alabama; and September 30 in Orange Beach, Alabama. Tickets for the shows will go on sale to the general public this Friday, August 5, at 10 a.m. local time, while presale tickets can be purchased now.

As previously reported, ZZ Top’s Texas concerts with both Beck and Wilson will be held September 23 in Del Valle, September 24 in Dallas and September 25 in the Houston suburb of The Woodlands.

All of the concerts are part of ZZ Top’s 2022 Raw Whisky Tour, which is mapped out through a November 13 gig in Pompano Beach, Florida. The Rock & Roll Hall of Fame trio also has a Las Vegas residency scheduled for this December at The Venetian.

ZZ Top released its latest album, Raw, on July 22. The collection features intimate live versions of 12 songs from the group’s back catalog, recorded in 2019 in conjunction with the documentary That Little Ol’ Band from Texas.