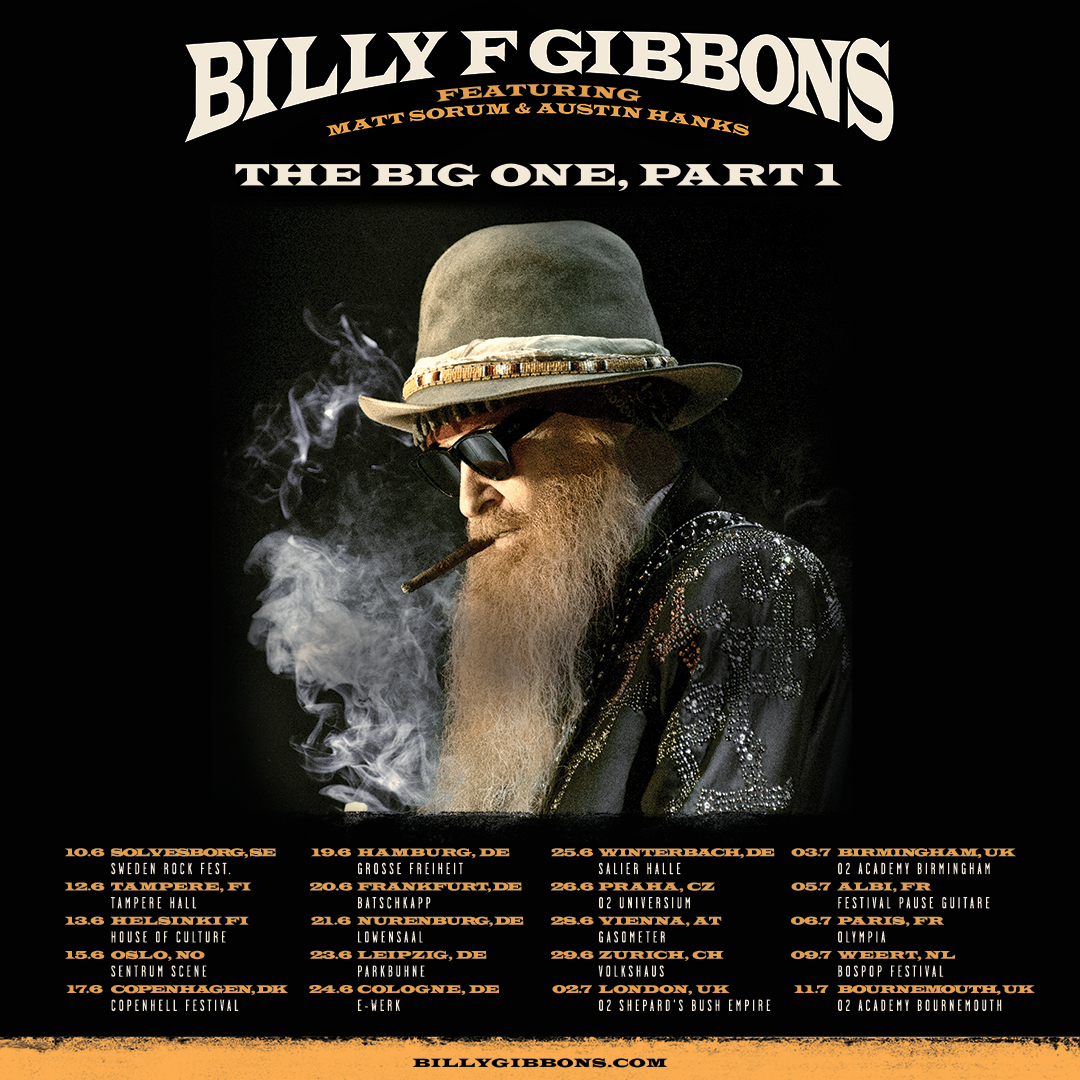 Billy F Gibbons announced the renewal of his livewire solo band, to appear at select European venues late spring and early summer of 2023. The trio, headed by Gibbons on guitar and vocals, drummer Matt Sorum (The Cult, Guns ‘N’ Roses, Velvet Revolver) and lefty guitarist, Mr. Austin Hanks, who has worked with Gibbons previously, providing the heavy bottom and rhythm for the ensemble.

Gibbons who has fronted ZZ Top for more than a half century and has, in recent years, simultaneously enjoyed his solo sonic explorations with three critically lauded and commercially successful record albums. They are the Afro-Cuban flavored “Perfectamundo”, released in 2015, 2018’s blues-rooted “The Big Bad Blues” and 2021’s acclaimed “Hardware”. Gibbons’ roadshow took to the trail with both Perfectamundo and The Big Bad Blues and now brings it all on for the new 2023 season.

Billy F Gibbons commented, “The recent run with ZZ was a grand time and we thought to take the energy with our alter ego to ‘get down’ all the way around. That’s THIS tour…! We’re really cooking and looking to bring the BFG experience forward to all our friends in Europe and the UK. See you soon!”

Tickets to go on-sale Friday. Click here to purchase and for more info 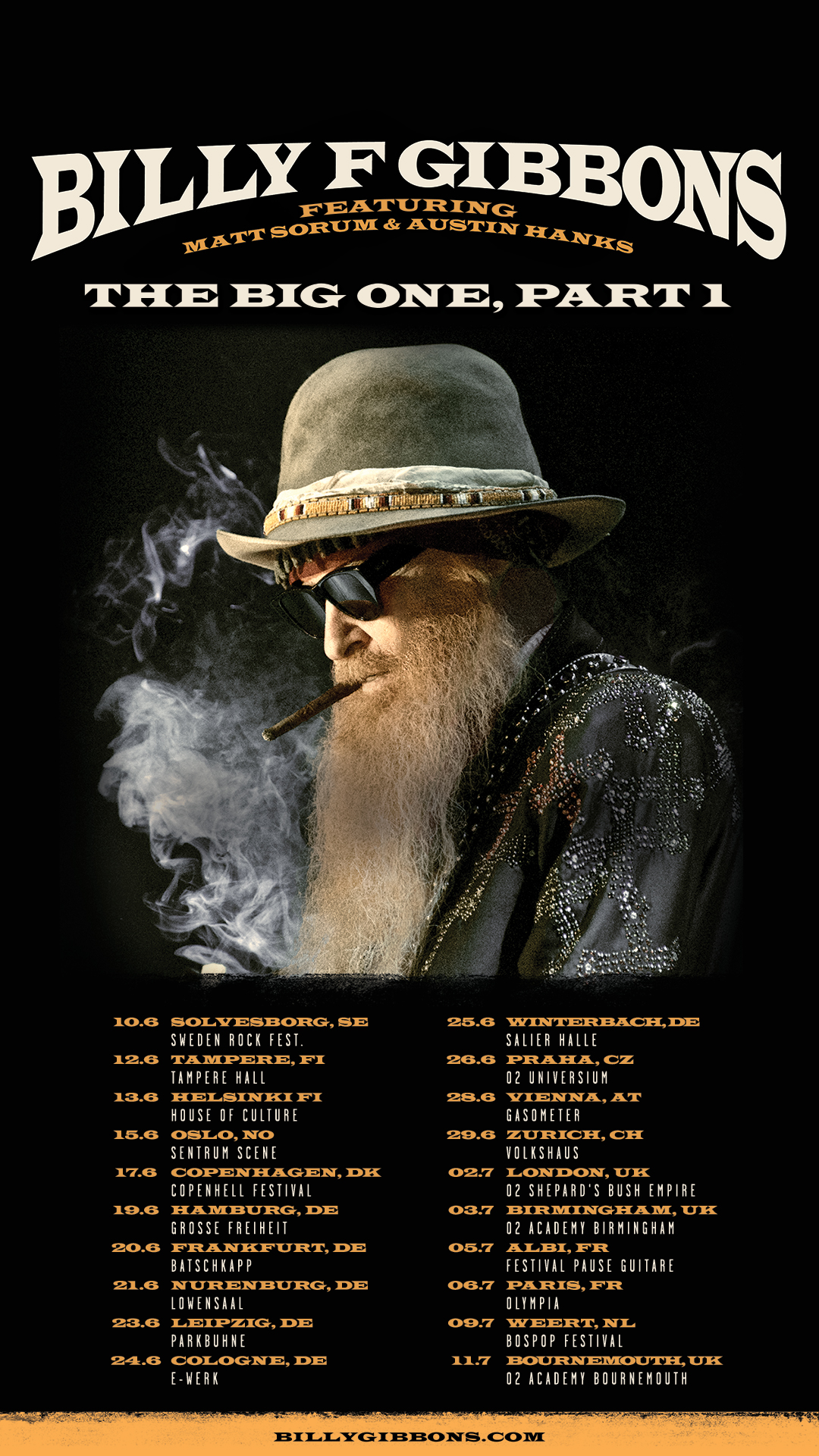