Alice Cooper’s New Album ‘Paranormal’ to Include Billy Gibbons and Larry Mullen Jr. of U2 as Guests Alice Cooper will have his new (27th) studio album, titled “Paranormal”, set for release, July, 2017

And this album will see guest turns by legendary Billy Gibbons of ZZ Top, Larry Mullen Jr. of U2, and three original Alice Cooper band members.

According to Cooper’s comment on May 5th edition of the “Trunk Nation” radio show, Bob Ezrin was the one who got U2 drummer Mullen Jr. to perform on this album:

“Bob Ezrin and I sat there, and Bob says, ‘What do you think about Larry Mullen on drums?’ And I went, ‘That’s a great idea. It’ll change things up so much on just the basic tracks.'”

“Larry [said], ‘I wanna see the lyrics.’ I said, ‘Really?’ He [said], ‘Yeah, I play to the lyrics. I don’t play to the bass.’ And I said, ‘That is so cool – just the idea that you’re interpreting the lyrics on the drums.’ So that totally makes the album another album.”

Billy Gibbons did guitar work for a song “I’ve Fallen In Love And I Can’t Get Up”. Cooper commented on it by saying:

“After we cut the record, I went, ‘If Billy Gibbons doesn’t play on this, we shouldn’t put this one out,’ ’cause, I mean, it is so much him,” Alice said. “And he got the record, and he said, ‘I’ve got the flu, but, man, this song makes me feel better.’ He just killed it.”

Original members of Alice Cooper band, drummer Neal Smith, guitarist Michael Bruce and bassist Dennis Dunaway, performed on a song titled “Paranormal”, and were also involved in the songwriting process for this album. 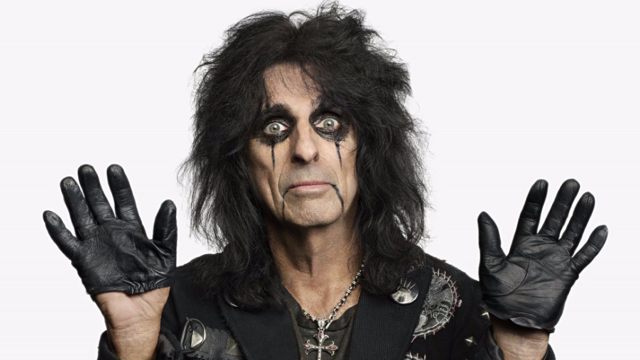