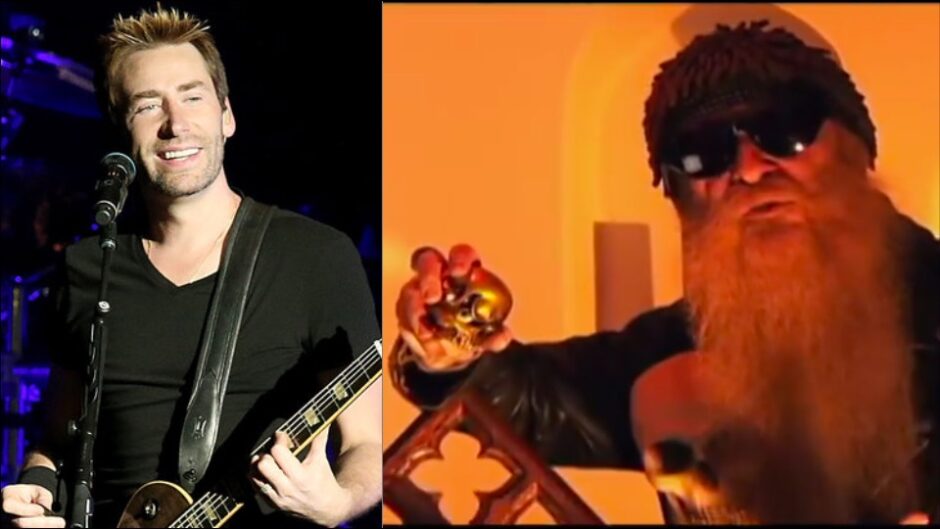 “This is gonna be a huge, huge hit!’,” Chad recalls Billy shouting.

During an appearance on the TODDCast Podcast, Nickelback singer/guitarist Chad Kroeger looked back on collaborating with Billy F Gibbons.

The ZZ Top singer/guitarist made an appearance on Nickelback’s 2005 record “All the Right Reasons,” contributing guitar and vocal tracks to three songs: “Follow You Home,” “Fight for All the Wrong Reasons,” and “Rockstar.”

Asked on what it was like working with Billy, Chad replied (transcribed by UG):

“Jimi Hendrix said in print that his favorite guitar player was Billy Gibbons – talk about a seal of approval.

“I don’t know how you get more validated than that. I’m not sure where we met – somewhere on the road, you always meet these guys on the road.

“And then we were making ‘All the Right Reasons,’ and when we got to ‘Follow You Home,’ and it’s, like, ‘Let’s get someone else to play, like, a cool guitar part in here that’s as far away from us as you can possibly get.’

“And we thought of Billy. So, we got in touch with Billy, flew down to LA, brought all the hard drives, and he starts playing all the different solos that he did, the slide parts and everything…

“We got all the pieces, put it all together and it’s going to be fantastic. He said, ‘How’s the rest of the record coming up?’, and I said, ‘It’s come along great – really excited about it. We’ve got the hard drives, do you want to hear something?’

“So the next thing we played for him was ‘Rockstar,’ and he lost his mind. In all those pauses, there was nothing there, he jumps up from the console and he’s, like, ‘That’s a hit!’

“He just kept yelling, ‘That’s a hit! This is gonna be a huge, huge hit!’ I said, ‘Do you want to be on it somewhere?’ He was ecstatic, he definitely wanted in, so, ‘Why don’t we just come up with a whole bunch of pieces…’

“And he’s, like, ‘Tell me what you want.’ And he does all those lines, so we just started writing the stuff down and once we ran out of stuff, he said all that, and then he just started improving, so we ran it a few more times and he’d just come up with something on the spot. Then we just slotted it all and it worked out great.”