Love songs really can be about cars 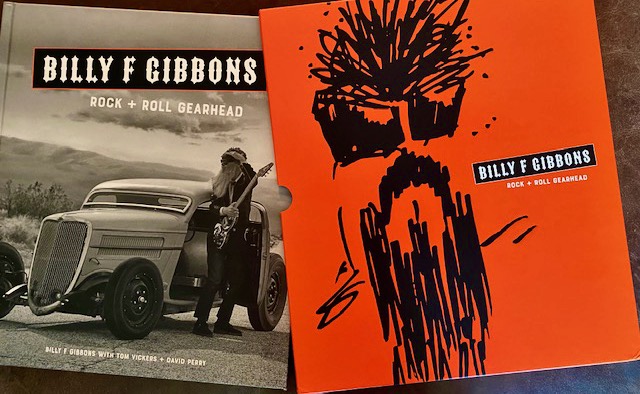 Then there is Billy Gibbons. The ZZ Top guitarist and front man has a style all his own. He introduced the entire MTV generation to hot rods as the ’33 coupe, Eliminator, became almost as famous as the band themselves. 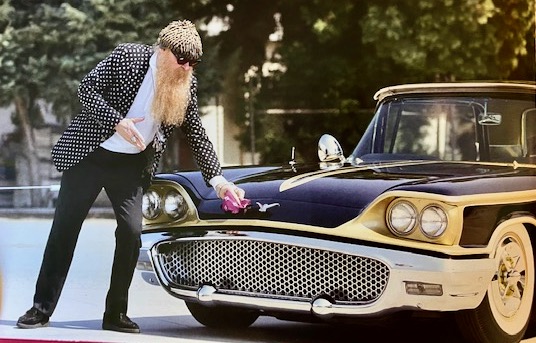 BFG polishes up his T-Bird, “Mexican Blackbird,” named for the Fandango! song.

But Billy’s roots run way deeper. As ZZ Top celebrates 50 years “with the same three guys playing the same three chords,” Gibbons has updated and re-released Rock + Roll Gearhead, a book about his life, his amazing collection of guitars and the many custom cars and hot rods he has amassed over the years. 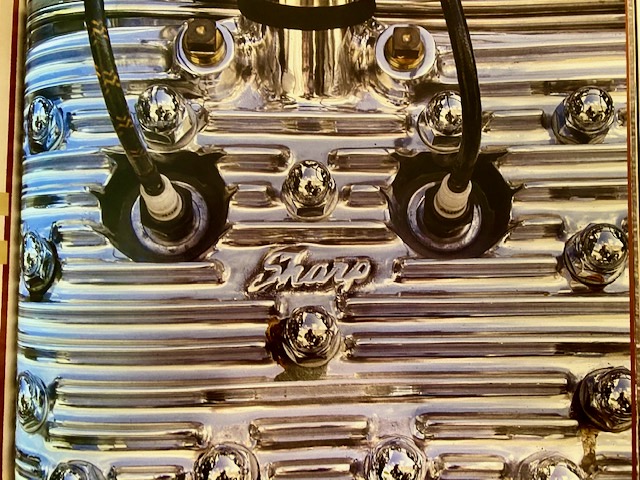 Flathead from a hot rod coupe

The original book was published in 2005, and if you missed it, you have been given another chance to experience it. Beautifully presented in hardback and protective sleeve, this artfully illustrated coffee table book tells the stories of the cars, guitars and career of the multi-platinum-selling musician. There are only three chapters, but wonderfully expanded on each subject, there doesn’t need to be any more. 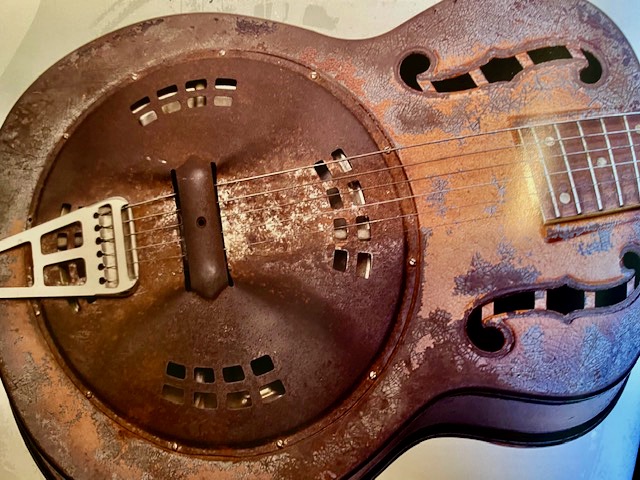 A 1935 National Resonator, complete with patina.