For the past four years, Gibbons has convened this once-a-year blues supergroup with Jimmie Vaughan, Mike Flanigin, Sue Foley, and Chris Layton to play a couple of special gigs at Antone’s in Austin. While this year’s event will be virtual, the band will still be performing at Antone’s, and the show will air at 8 p.m. in various time zones around the world, including ET and PT in the United States, plus 8 p.m. in London and Sydney.

Tickets for all four broadcasts are on sale now via the Jungle Show’s website for $25. A handful of merch bundles are available, too, as are VIP packages that come with a show poster signed by the band, a special VIP bandana, and exclusive access to bonus footage.

“For five years consecutive years we’ve looked forward to putting the Jungle Show together between Christmas and New Year’s Eve,” Gibbons tells Rolling Stone. “It’s been a great way for all of us to cap the old year and bring in the new in rockin’ style. Despite the reality of 2020, we were determined to keep our streak going so we’ve decided to go viral — the good kind of viral — and offer the Jungle Show to the world beyond Austin.”

“I look forward to playing with Sue, Chris, Mike, and Billy at the end of every year and this year is no different except for the fact that, in a sense, we’ve moved the show ‘way out in the woods’ and directly into your house,” Vaughan adds.

The Jungle Show came about back in 2015 when Gibbons and Flanigin, an Austin-based organist, were tapped to perform at the Austin City Limits Hall of Fame’s induction of B.B. King. By that point, most of King’s staples had been picked up by other artists, so the pair decided to cover the 1967 deep cut, “The Jungle.” They enjoyed the performance so much, they booked a follow-up show at Antone’s despite not having a full-time band.

To flesh out the rest of the line-up, Flanigin recruiting Layton, a drummer who’d once played with Stevie Ray Vaughan, while Foley, a Canadian blues artist, first offered to open the show, but was eventually asked to join the band instead. The last piece came together when Vaughan jumped at the chance to play with Gibbons.

“The Jungle Show is something I look forward to every holiday season,” Foley says. “It’s just so much fun to get down and play some blues with these legends.”

“The Jungle Show is great fun for all involved,” Flanigin adds. “But beyond that, it is a rarified meeting of two of Texas’ greatest guitar slingers, Billy Gibbons and Jimmie Vaughan. To see them together, prowling the stage, is worth the price of admission alone.” 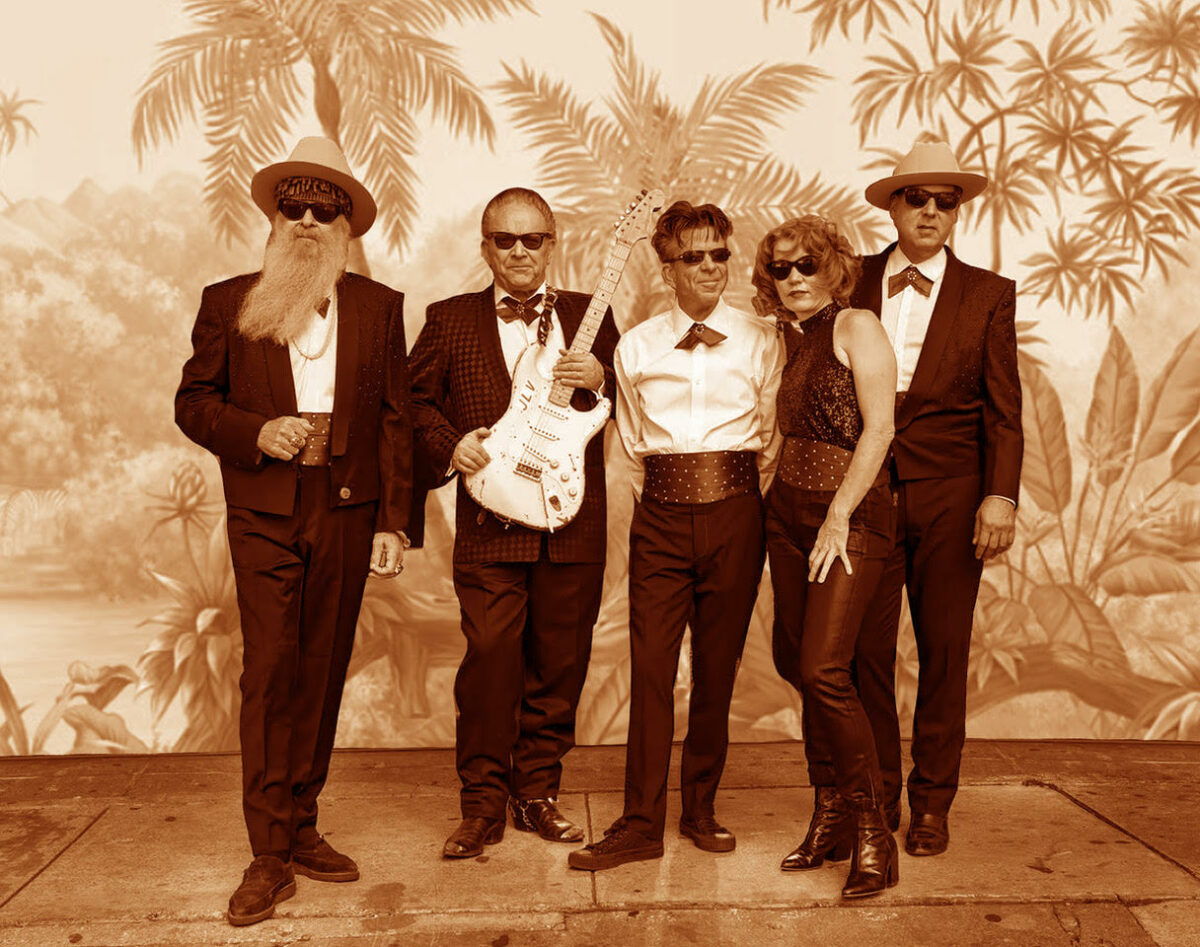