Twenty-five years after their seminal live recording, “King King” (Def American/American, 1992), THE RED DEVILS continue to inspire a generation of musicians drawn to their gritty Chicago- and -Texas-inspired blues, by way of Hollywood, Calif.

On the strength of that record, THE RED DEVILS tore through Europe in 1993, including essential live performances at Pink Pop and the Moulin Blues Festival in the Netherlands.

They woke up crowds to a new hustle — authentic blues with a swagger and attitude that hadn’t been seen before.

There are tribute bands who have adopted the look, sound and feel of a band that has played together for nearly a quarter of a century. Do a search on YouTube, and you will easily find hundreds of covers, imitators and fans from around Europe.

But there is no mistaking the original Red Devils: “She’s Dangerous.” “Goin’ to the Church.” ‘No Fightin’.”

From their Monday night haunt at the long defunct cafe and club at Sixth and LeBrea in Hollywood, the “King King Club”, they developed a cult-like following.

Producer Rick Rubin was one of those regulars, eventually producing the band’s “King King” album.
He brought them into the studio with fan Mick Jagger. Years before the Rolling Stones returned to their blues roots on record, Jagger and the Devils laid down nearly two dozen rowdy blues classics that sounded raw and real. The sessions went unreleased officially, but circulated widely as a popular bootleg. One cut — “Checkin’ Up On My Baby” — finally was released on Jagger’s 2006 “Very Best” compilation.

After that session, Rubin again called on the Devils, this time to back the legendary Johnny Cash. Those recordings, too, were shelved until the Cash “Unearthed” box set.

They then hit the road across the U.S. with Los Lobos. The Allman Brothers fell in love with the Devils’ sound, placing The Red Devils on their 1992 East Coast tour.

THE RED DEVILS disbanded in the mid-‘90s, but a fervent fan base continued to burn their flame.

In 2017, on the silver anniversary of “King King,” THE RED DEVILS return to Europe, to the crowds that have kept their memory, spirit and music alive.
BILL BATEMAN, PAUL SIZE and JOHNNY RAY BARTEL return with another original Red Devils guitarist, MIKE FLANIGIN (Jimmie Vaughan, Billy Gibbons and the BFGs). And picking up the bullet mic and fronting the band is Dutch bluesman BIG PETE, Pieter van der Pluijm, filling in for the late Lester Butler. Big Pete was one of those in the crowds in the ‘90s, inspired to pick up the harp by Butler and associates.

As a solo artist, Big Pete has carried on the Devils’ tradition, bringing Billy Boy Arnold, Little Walter and Chicago blues harp into the 21st century. 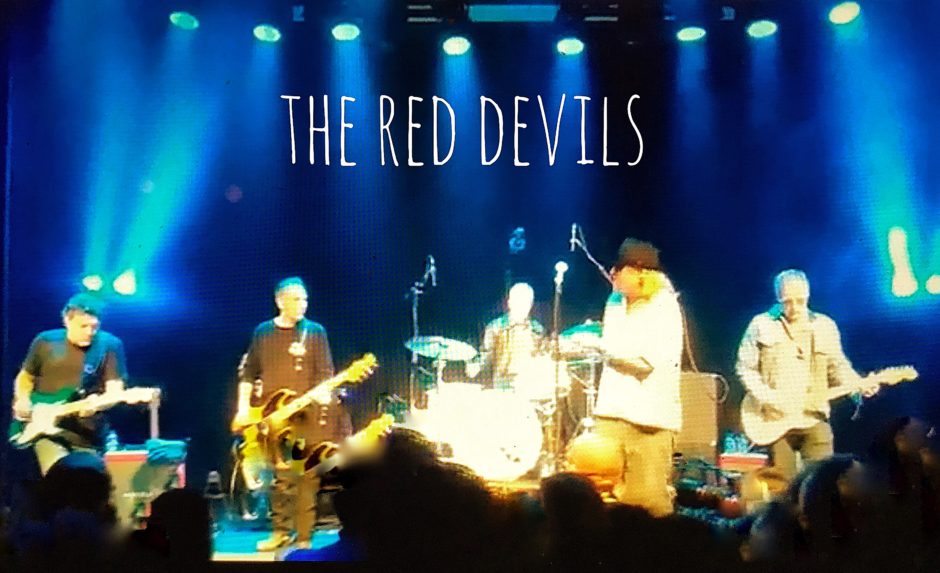