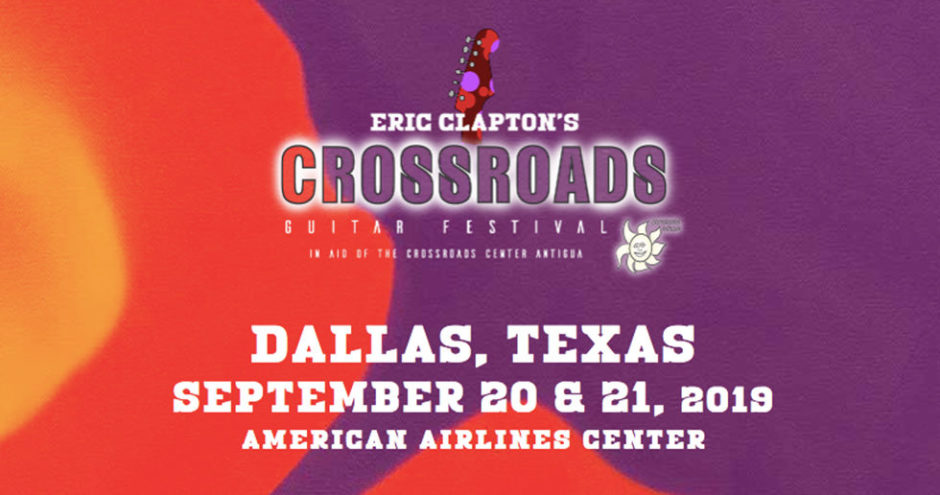 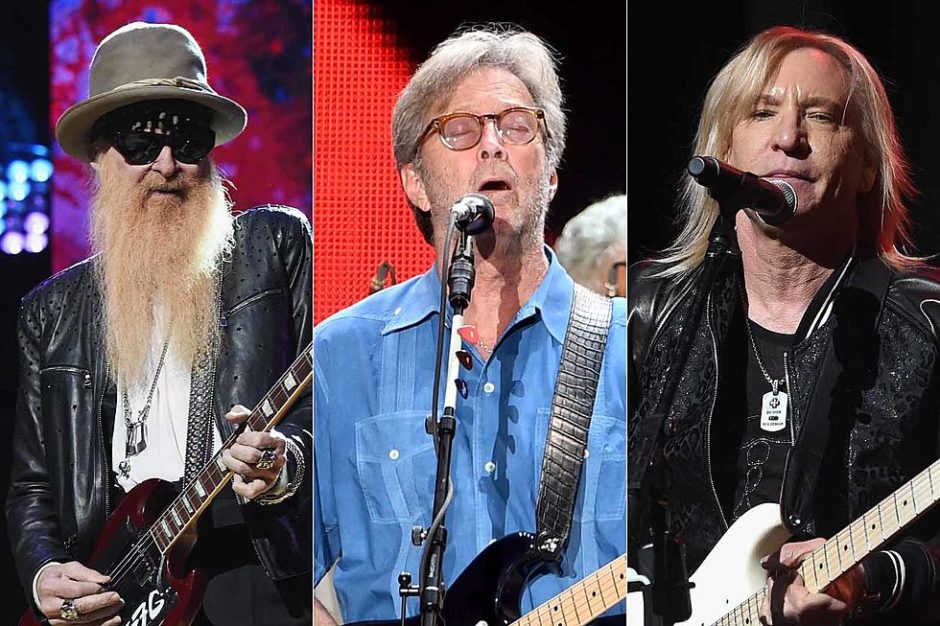 Eric Clapton and his Crossroads Guitar Festival will return for the first time in six years, setting up in Dallas, Texas this September with a lineup that boasts Billy F Gibbons, Gary Clark, Jr., Bonnie Raitt, Jeff Beck, Joe Walsh and more. The festival will take place September 20th and 21st at the American Airlines Center.

(March 28, 2019) – Widely considered one of the world’s all-time greatest guitarists and known amongst his peers as a great collaborator, Eric Clapton announced today the fifth installment of the Crossroads Guitar Festival. The Festival, which has become legendary in its own right for hosting performances and impromptu collaborations from the world’s most legendary guitar players, will take place September 20-21 in the city that hosted the first-ever Crossroads Guitar Festival, Dallas Texas. See full listing below of artists performing.

Clapton will gather the past, present and future of guitar music onto one stage for an unparalleled musical event. All profits from the Festival will benefit The Crossroads Centre in Antigua, a treatment and education facility founded by Clapton for chemically dependent persons.

Since its inception, Clapton’s vision for the Crossroads Guitar Festival has been to create an event where his friends and contemporaries can have fun and perform together for the benefit of a good cause. This year’s Festival will feature two-nights of musical performances with once-in-a-lifetime guitar collaborations. Known as pioneers in their field, the roster of artists spans old and new. The audience can expect unrivaled entertainment, brilliant guitar work, surprise guests and impromptu jams that are the hallmark of these performers.

The first Crossroads Guitar Festival, in June 2004 at the Cotton Bowl in Dallas, was an unprecedented collection of guitar icons from blues, rock and contemporary music. The sold-out show was chronicled in a 2-disc DVD that has since gone on to become one of the world’s top-selling music DVD’s. The Crossroads Guitar Festival 2007 and 2010 were the second and third such concerts by Clapton and were staged at Toyota Park in Chicago. Both Festivals were filmed for DVDs and met similar acclaim and achieved multi-platinum status. The fourth Crossroads Guitar Festival in 2013 brought the world’s best guitar players to the world’s most famous arena, Madison Square Garden in New York and met with huge critical acclaim.

Tickets for the Crossroads Guitar Festival may be purchased as follows: Citi® cardmembers will have first access to purchase presale tickets beginning Tuesday, April 2 at 10am CT through Wednesday, April 3 at 10pm CT. Presale tickets will be available through Citi EntertainmentSM. For complete details, please visit www.citientertainment.com. General Public On-Sale will begin Friday, April 5th at 10am CT via www.ticketmaster.com
For more info: www.ericclapton.com or www.crossroadsguitarfestival.com. Donations to the Centre can be made via the donation button on the website.